Last season, the River Ridge Knights won a total of three games. However, the Knights opened the 2017-2018 regular-season by winning their first four games and in large thanks to the team’s senior captain, Anthony Loiacano. In fact, River Ridge has won nine games this season and the team has had a number of impressive performances. 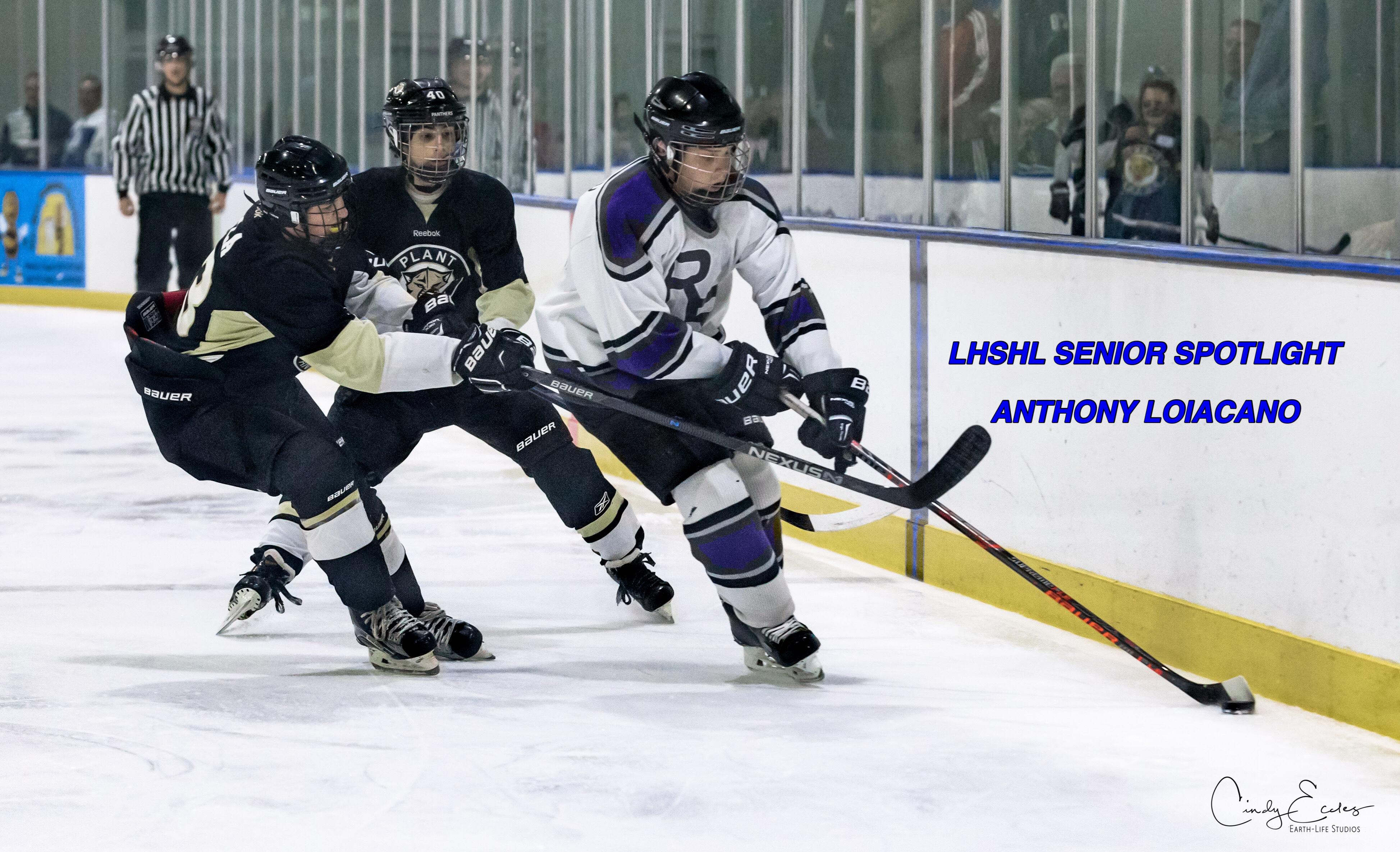 While it’s evident on paper that this season is “different” for the Knights, it became even more obvious after speaking with Loiacano that River Ridge is truly embracing the moment. The five-foot-eleven defenseman was asked if this year’s team has been a more memorable group than team’s he’s played with in the past, too.

“Yeah, it has and it’s been a lot of fun,” Loiacano said of his Knights. “This year the guys are really looking up to me with my new role (captain) and I feel more important to the team.”

While Loiacano didn’t bring up his personal success from this season, there’s no doubting that he’s having one of his best all-around campaigns. The 180-pound defenseman has 11 goals and 12 assists for a total of 23 points through 18 games played. To put things in perspective, number 13 for the Knights had 26 points all of last season, so one could be sure that Loiacano will surpass that number this season.

The youngster was also sure to bring up one of the team’s more memorable moments in recent memory, as River Ridge became the first team this season to defeat (at the time) an undefeated East Lake Eagles squad back on October 27th. Entering the Bradley Division contest East Lake was the lone LHSHL team that hadn’t lost a game, but Loiacano and company pulled off an exciting victory.

“I really enjoyed beating East Lake this season and that was definitely the highlight of the season so far,” said Loiacano on the team’s 3-2 win. 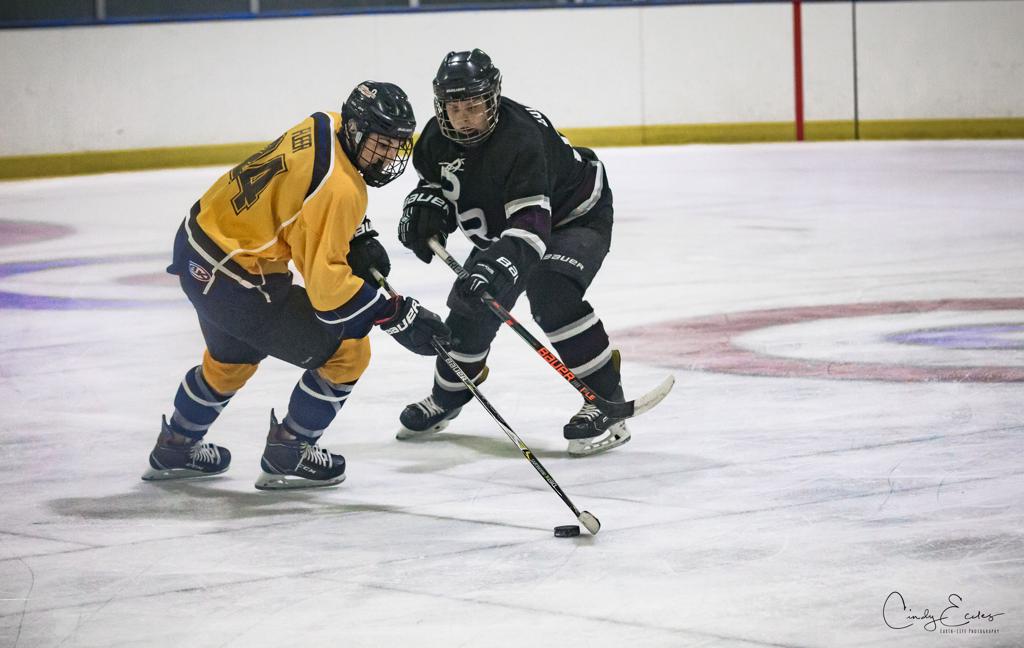 River Ridge’s captain found the back of the net once during the rivalry matchup, and had the secondary assist for the game-winning goal. Even one of Loiacano’s longtime teammates commented on his play from that night. 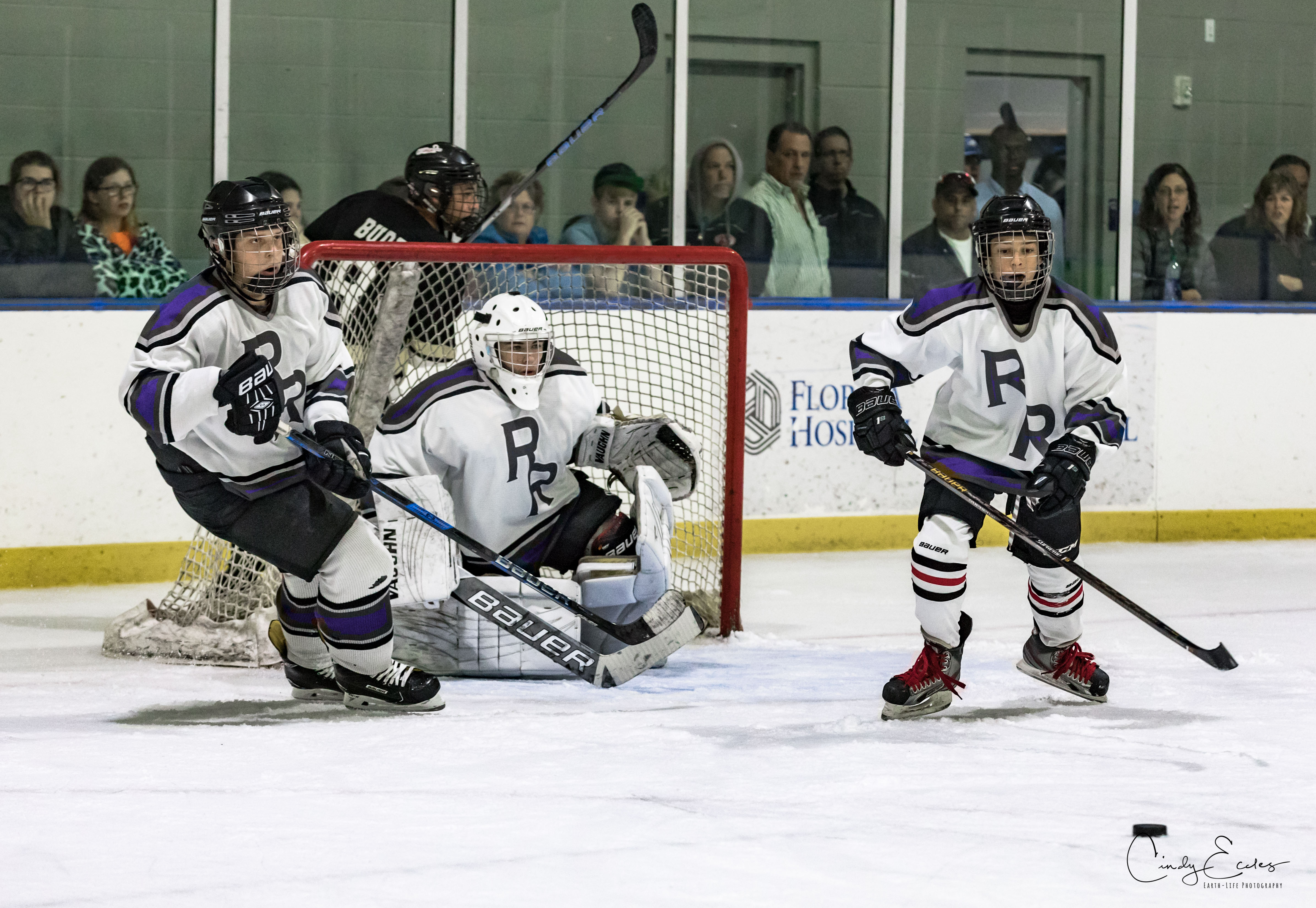 Loiacano and McCarthy in the defensive zone (Photo Credit/Cindy Eccles)

Yes, if one were to watch number 13 for River Ridge take to the ice, it’s apparent that he’s a smooth skater and offensively talented; but the senior is also defensively-sound and does a commendable job at shutting down the opposition’s top skaters, too.

“Anthony has terrific hockey sense on the ice and he’s very tough to knock off the puck,” said River Ridge Head Coach Dean Loiacano. “He likes to go into the corners and battle for the puck.”

While Loiacano is one of the league’s most talented two-way players this season, one could describe him as a humble and quiet leader.

“Anthony is a quiet leader and wants to lead by example,” added the River Ridge Head Coach.

McCarthy also chimed in on how Loiacano likes to lead their fellow Knights. “The first characteristic when I hear Anthony’s name is that he is a natural born leader and respectful.” 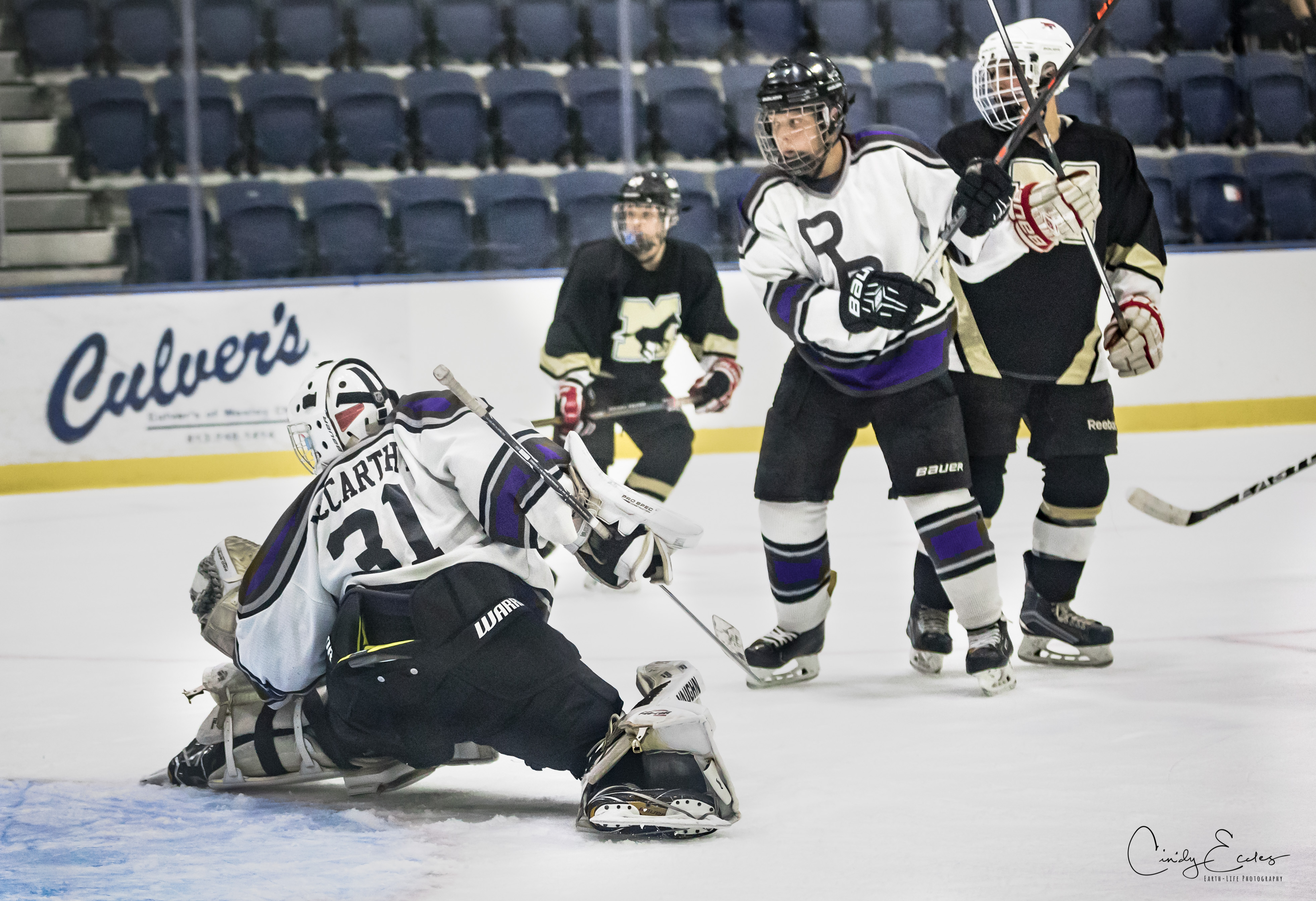 With those characteristics mentioned above, one could also picture that Loiacano’s composure and calmness on and off of the ice as a teammate is admirable, too.

The dynamic D’man has received recent recognition from other players and teams around the league, which also included the current LHSHL leading goal-scorer in Zach Katz of the Seminole Sharks. Yes, Katz and Loiacano have been competing against each other in the LHSHL over the past few seasons, but the two are also new teammates for their U18 “AA” Travel Ice Hockey Team (Gulf Coast Flames).

“Having never talked to him until this year, I actually remember respecting his hockey ability when we played against each other in previous years of the LHSHL,” said Katz. “But now that Anthony is my teammate – it’s always a good time to be able to face-off with a friend in the High School League.”

As mentioned above, most would agree with Coach Loiacano that his team’s captain is “tough” to knock off the puck, especially when he rushes the puck up ice and goes end-to-end.

“I vividly remember playing against Anthony in a close game vs. River Ridge last year. I was playing defense, and I was getting pretty frustrated, so when he came down on a rush I stepped up and tried to hit him, but I bounced right off and he kept control of the puck,” added Katz. “Anthony has incredible strength.”

There’s no questioning that Loiacano appears to be a natural out there on the ice for whichever team’s sweater that he may be wearing on any given weekend, but his father, and coach, also mentioned how his captain wasn’t always a top skater from “day one.”

“No, he did not excel at an early age and has had to work for where he is at (today),” said Coach Loiacano.

Seminole’s top point-getter in Katz also pointed out another characteristic that he’s come to admire from his new and fellow teammate.

“It shouldn’t go without saying that Anthony has incredible work ethic, but his on ice strength that I’ve noticed the most is his puck handling,” said Katz. “He finds open teammates and breaks defenders’ ankles all while stick handling at the speed of lightning!”

Players who usually receive compliments such as, “puck handling” skills and speed on the ice, from fellow teammates and opposing skaters typically have one of the better shots in the game. Loiacano could be categorized as a sniper, too. It was even joked about when River Ridge’s captain was asked about the plethora of highlight-reel goals he’s scored this season, but he also gave credit to his team’s starting goaltender -- that tends to actually stop his lethal shot often in practices.

“My friend Daniel always gives me a tough time when he makes a glove save on me in practice,” Loiacano joked in reference to McCarthy robbing him of goals during practice.

That seems to be the story of Loiacano’s senior season and his Knights race to the 2018 LHSHL Playoffs…a group of young skaters who love and enjoy playing the game, while embracing the moment with their fellow teammates and LHSHL peers.