For the past four seasons John Xander Pivovarnik III has laced up the skates for the Newsome Wolves of the Lightning High School Hockey League (LHSHL), while leaving a lasting impression on both his teammates and coaches. You can’t miss number ten out on the ice for the Wolves, either.

Pivovarnik not only makes skating and rushing the puck up the ice appear effortless, but his defensive abilities are exceptional as well. Still, there’s also another characteristic that’s more than clear out on the ice, team bench and behind the scenes. 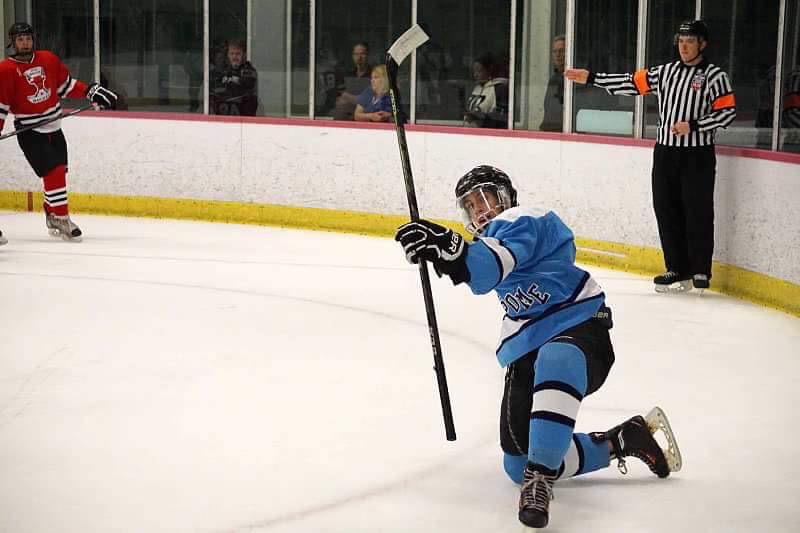 Pivovarnik celebrates after scoring a goal vs. Bloomingdale

In fact, while he may portray to be a tough player and have an old school defenseman mentality on the ice, he’s one of the more positive and appreciative skaters one could come across. Those positive traits were more than apparent after sitting down and meeting the Wolves’ defenseman away from the rink.

If you don’t believe that’s true, than just ask Mark Rosengard, a longtime coach and mentor, for Pivovarnik. Rosengard has been coaching Newsome’s captain for eight seasons and counting, and behind the Wolves bench as an Assistant Coach, too.

“Xander has great respect for the game, and has contributed to it in our area at multiple levels,” said Rosengard. “Those who really know him all know that his heart and his head are in the right place.”

It shouldn’t come as a surprise in how tough hockey can not only be to play and excel at, but to be able to keep a positive attitude on a consistent basis can be even more challenging at times. Still, that doesn’t seem to faze the six-foot-one captain.

When asked what the first characteristic was when Xander came to mind, “positive attitude” was expressed by Newsome’s coach.

An ice-blue-eyed and smiling Pivovarnik expressed that perspective about the sport and being a leader, as if it were common knowledge for all to be able to portray and communicate. 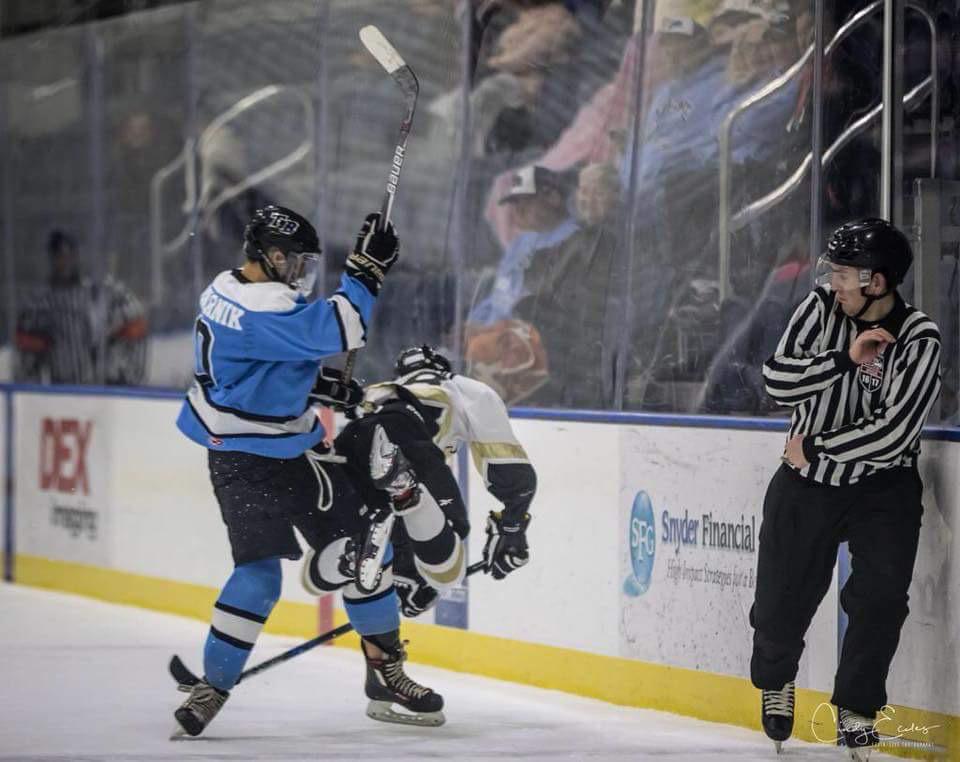 “In the end, it’s all just for fun,” said Pivovarnik.

It was also apparent that he takes pride in looking out for his younger teammates, and future Newsome High School Hockey players. 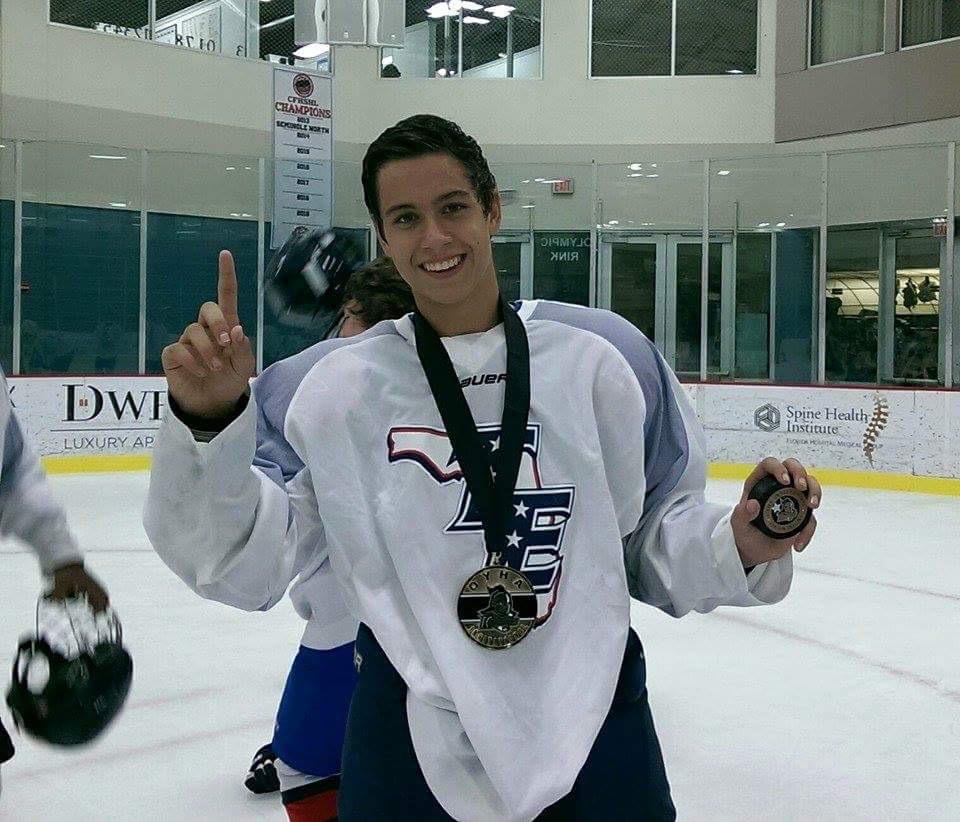 “I want kids coming in, whether it’s a freshman or sophomore, and understand that it’s tough losing or having a bad night; but if you’re not having fun, than what’s the point of playing?”

“I think Xander's leadership role may have started from when he started helping with (skating) classes,” said Sokolis. “He would help other players develop their skating skills, or demonstrate how skating elements or transition would be used in a game situation. He gained respect from the players by showing them that this is how he started and with guidance and hard work they too can become a great player.”

Sokolis continued to explain as to why her student has received positive and appreciative recognition from fellow skaters and teammates.

“With leadership comes respect, respect that you have to earn from your teammates, coaches and friends. I think Xander gained that respect off of the ice as well as on the ice.”

Let’s not forget that Pivovarnik has many talented attributes that he puts to use on the ice, too.

“Xander’s biggest strength is his aggressiveness to go after the puck,” added Sokolis. “The minute he comes off the bench he is in full-charge mode. He makes the big plays by not giving up.” 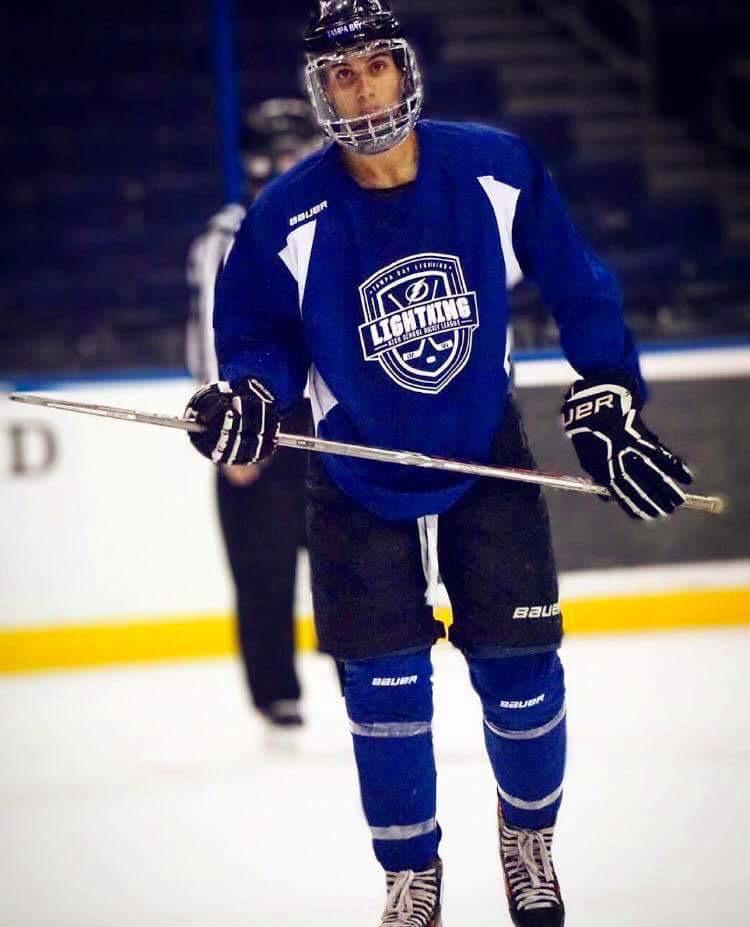 Coach Rosengard also chimed in how his team’s captain stands out on the ice and in a unique way.

“He has an ability to take control of the game,” said Rosengard. 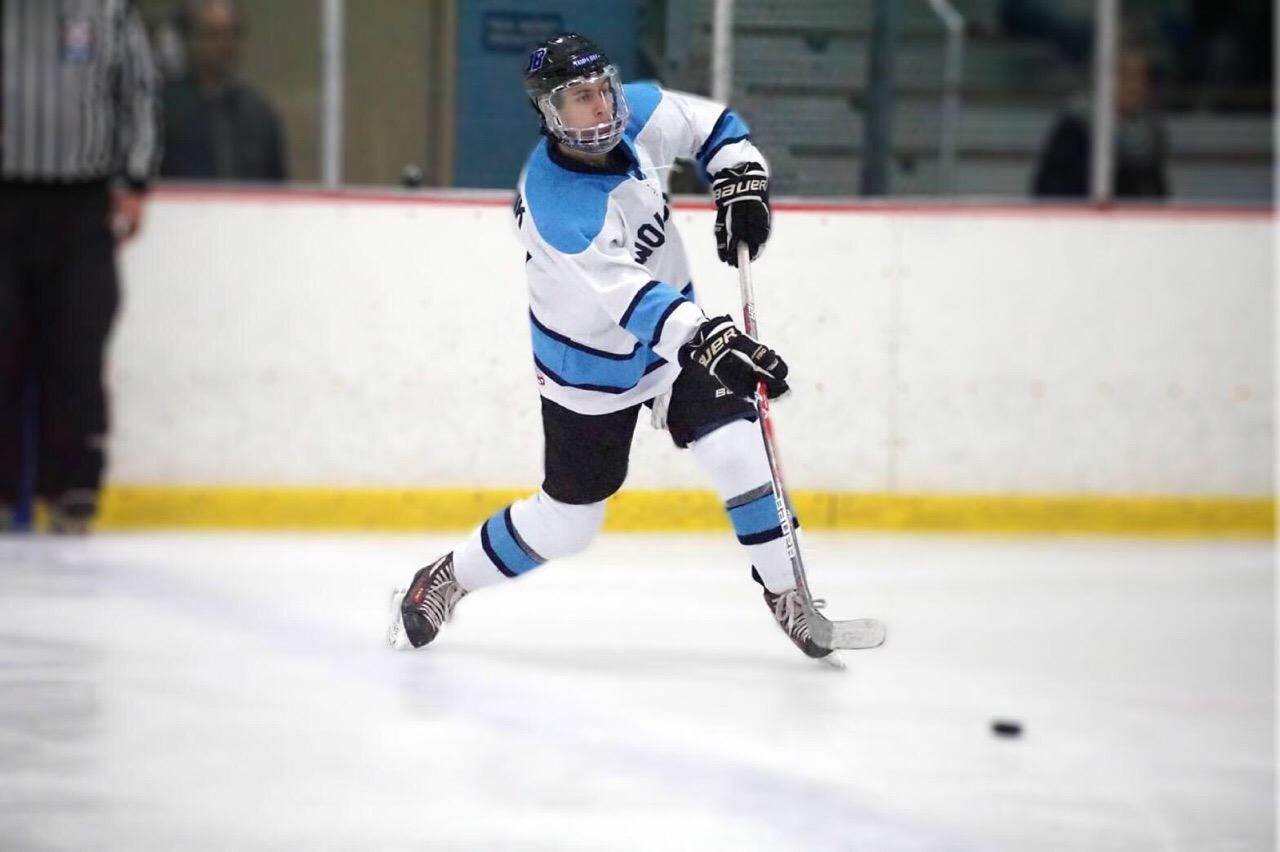 The significance of that statement above is that most would agree on the fact that Pivovarnik can be a game-changer on both sides of the puck.

“As a skilled defenseman, he can shut down all but a very few of the most advanced players in the LHSHL, take control of the puck, and safely carry it to our advantage,” added Rosengard.

Yet, when Pivovarnik isn’t making an impact on the ice, he has a couple of other interests that are also sports related and could impact others in a big way in the near future. From a young age, Newsome’s captain has had an interest in nutrition and sports medicine. The youngster expressed that he’d like to study that subject after he graduates High School and moves on to a college institution.

“I’ve always been into the nutrition side of things and working out, so I’d like to study that at college,” said Pivovarnik. “I love working with people if there’s an injury and learning about the body, and be like ‘here I can help you’,” added the Newsome captain.

Piv even recalled and joked at “knowing” what he wanted to do as soon as he entered High School.

“A lot of people would always ask what we wanted to do and major in, and most kids would say ‘I don’t know,’ but I always knew I wanted to do sports medicine,” said Pivovarnik. “Even when I was back in Elementary school they would give us a worksheet that would say ‘what are your favorite foods,’ and I would always put down ‘broccoli’ or something, but not ‘ice cream’.”

Even when the trainer may not be around at hockey games, Pivovarnik explained that he will, and would, always try to help and give advice on what someone may want to do in order to help heal an injury. 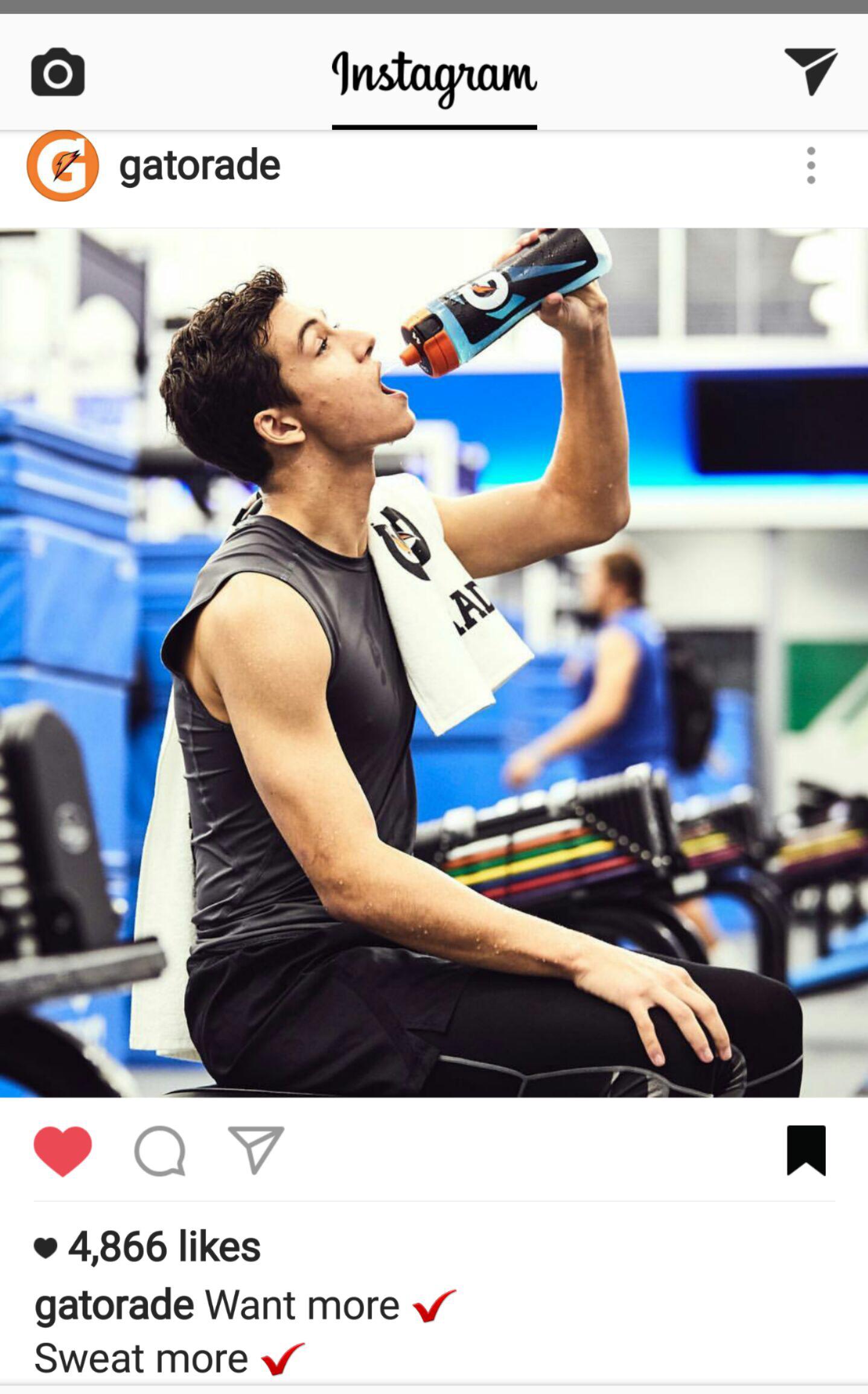 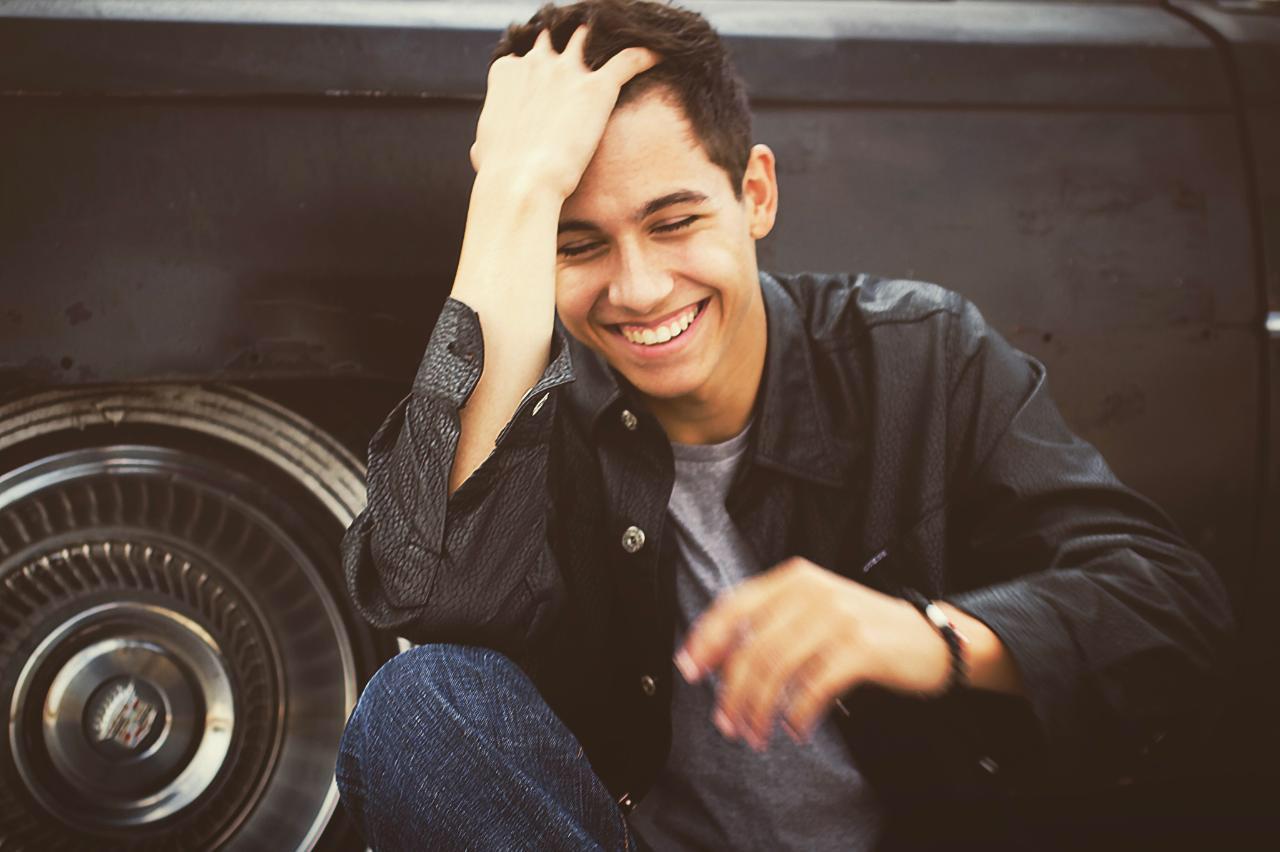 Still, Pivovarnik’s off-ice activities don’t stop there. The seventeen-year-old models as a side job, too.

“It’s a lot of fun, and about this time last year I did an ad for Gatorade,” laughed Pivovarnik. “I enjoy it and it’s a lot of fun; I’m not going to lie.”

The tough defenseman didn’t hold back to explain as to how hockey has helped him develop away from the ice, too.

“I was always a shy kid coming in (to the sport), and hockey brought that out of me and my leadership skills throughout the sport,” said Pivovarnik. “The more I played, the more I thought I became a leader and wanted to help out my teammates and coaches; and show that I wanted to learn more about the game.”

Pivovarnik also expressed that he has “more focus” since he’s been playing hockey which has also “translated over to school” for him and his academics. “I have more concentration, willingness and determination to do things now; and I really think playing hockey really brought that out in me.”

Newsome’s leader also acknowledged how he’s enjoyed playing with his Wolves teammates and representing Newsome High School. Additionally, he appreciated the fact that his fellow classmates show a great deal of school spirit for the school’s hockey team.

“What I enjoy most is our team and school spirit,” said Pivovarnik. “It’s just insane how many fans will come out and support you, and you walk around school to see more hockey shirts (being worn) than other sports’ shirts like soccer,” said the captain.

Perhaps Pivovarnik’s team spirit and pride for playing the sport has impacted his fellow classmates and student athletes at Newsome? Either way, the model has been a positive influence for hockey at Newsome and for his fellow Wolves.

Whether or not Xander decides to continue to play hockey past High School, the future is still bright for one of the LHSHL’s more memorable personalities. His mentor in Rosengard probably summarized Pivovarnik and what’s ahead for the captain best, though.

“He is a good skater, indeed. But his real potential lies in his ability to motivate those around him and build a team, and that will translate to his future success in any endeavor he ultimately chooses, beyond hockey.”