Mitchell takes on East Lake in the Game of the Week

The Lightning High School Hockey League’s (LHSHL) First Shift for Week Twelve covers all eight matchups taking place throughout the Tampa Bay area and at four different rinks for the first weekend of December. Additionally, East Lake’s Kenny Malinoski calls in as this week’s guest caller. Things are heating up in the LHSHL, especially as the race for the playoffs nears.

Two teams that have been a roll lately will face-off at Florida Hospital Center Ice in Wesley Chapel this Friday night and for an primetime puck-drop (8:00pm). For the first time this season the Steinbrenner Warriors and Jesuit Tigers will clash and it couldn’t have come at a better time, either.

Jesuit only has one loss in its last ten contests (7-2-1), and Steinbrenner has earned at least one-point in its last five outings (4-0-1). A win for the Warriors could potentially put them two points out of playoff contention in the Bradley Division, and make things even more interesting at the halfway point for the 2017-2018 regular-season. Steinbrenner is fresh off of a 4-2 win vs. Palm Harbor, but this will arguably be the Warriors’ toughest test for the month of November.

Jesuit’s Paul Coats will look to shut the door on Steinbrenner’s Kyle Ciaccio and Zachary "Jack" Fleer Willsie, while Jesuit’s Joshua Burke, Nolan Forrest  and Kyle “Omelet” Repar will prove that they are one of, if not, the best offensive lines in the LHSHL. 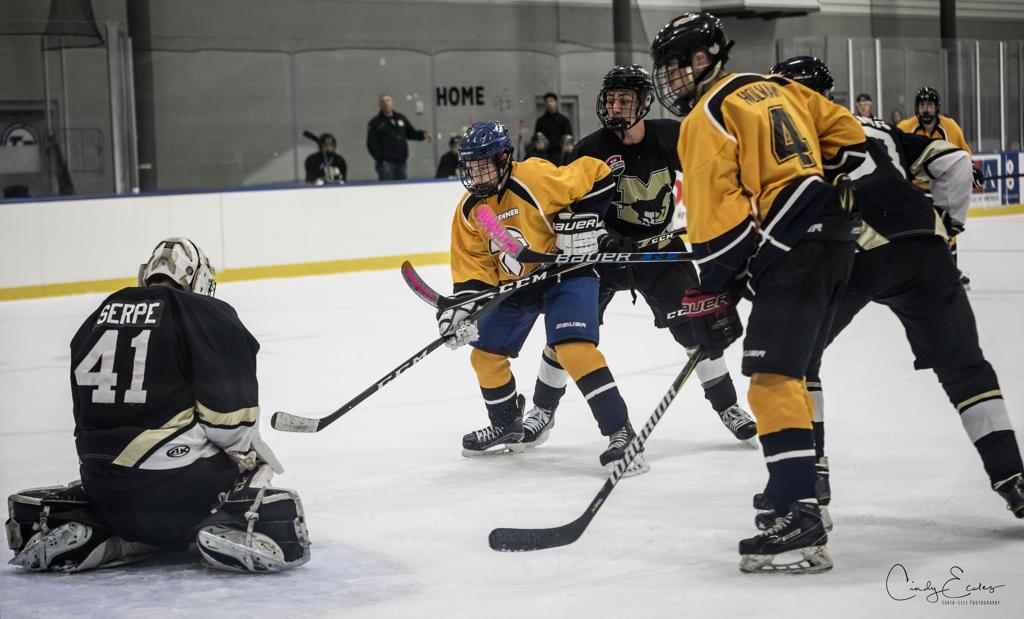 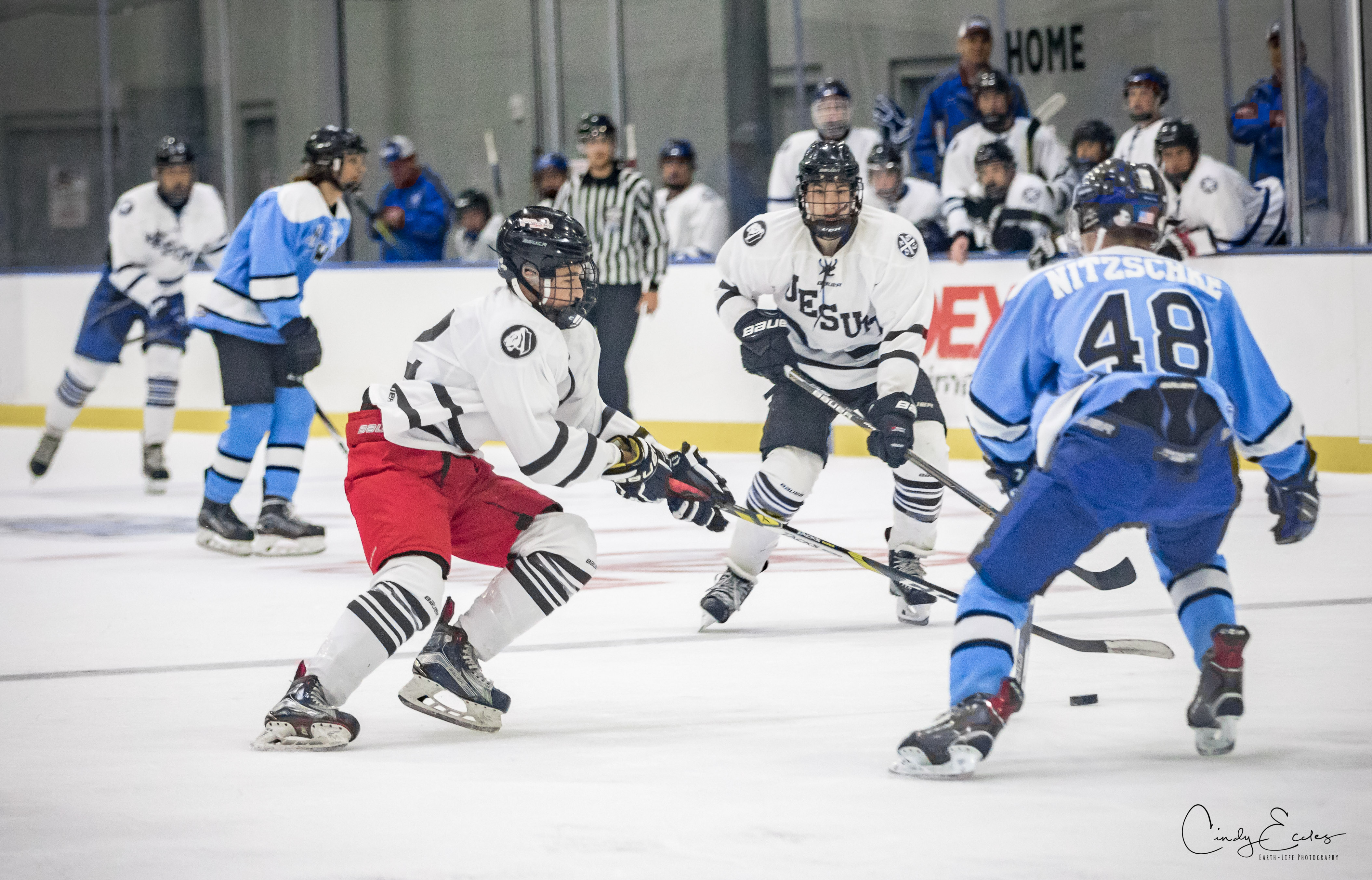 Ellenton will play the role of host for only one LHSHL game this weekend, as the Plant Panthers head south to take on West Manatee for an 8:15pm puck-drop. The Orange and Black are riding the wave in the right direction as of late, as the team is riding its first winning-streak on the year. During that time frame, West Manatee has outscored its opponents 11-6, and have received goal-scoring help for more than a handful of skaters. In fact, sophomore forward, Oliver Appleyard, is riding a three-game point streak and will look to help fellow forward Mate Imre solve Plant’s masked man between the pipes.

The Legend of Troy Burkhart resumes tomorrow night, as the Plant goaltender’s commendable play has helped revitalize this Panthers team. Plant is 6-1 in its last seven games, but the Cats have never played West Manatee before. Hamilton “Reese’s Pieces” Reese will look to help jump start the game’s tempo early on, and remind us all that this is a club in the hunt for first place in the Lecavalier Division. Additionally, Plant’s Andrew Behrenfeld could have large say in the game’s outcome. The senior forward has seven points in the team’s last four games, which also includes three assists in the team’s last outing. 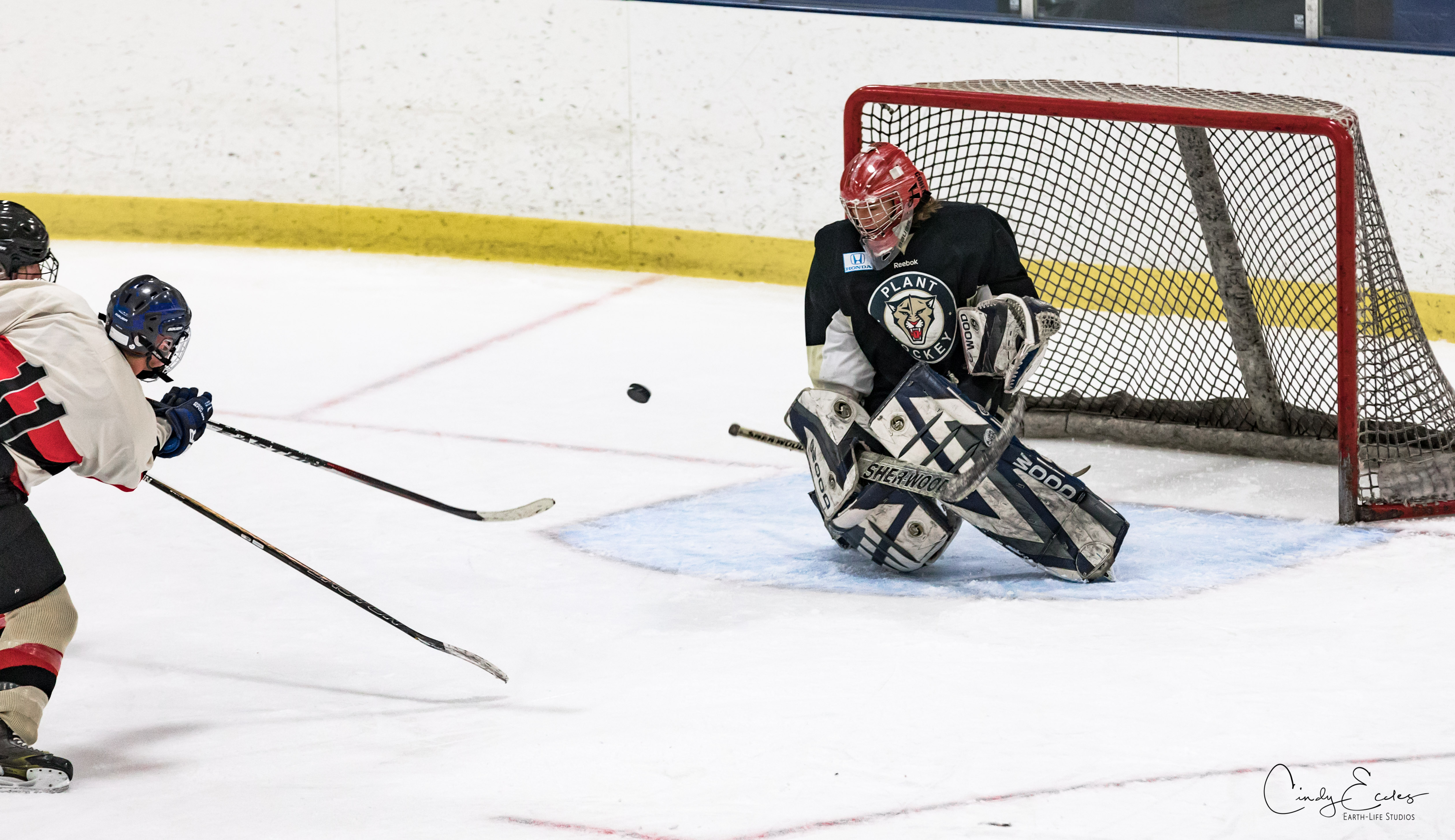 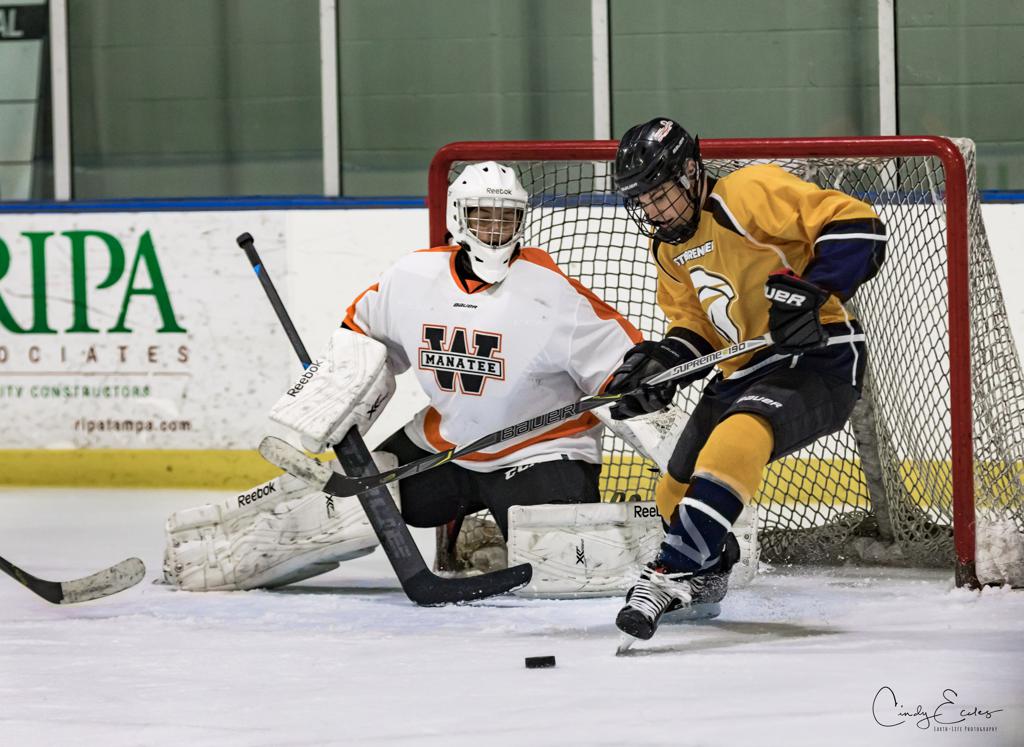 For the first and only time this season, the Bloomingdale Ice Bulls and Palm Harbor Hurricanes will face-off. The out of division foes will take to the ice at the Tampa Bay Skating Academy (TBSA) and for an 8:15pm puck-drop. After dropping four games in a row, the Bulls find themselves on their first winning-streak of the season. Bloomingdale has won three in a row, and have outscored opponents 29-13 during that time frame. Of course, in large thanks to Brennan “Young Bull” Cyaniuk and forward Evan Hoffberg…oh, and Andrew “Big Bull” Miranda, too. Though, they’ll have to outplay the non-stop force that Palm Harbor has…

Garrett “Toe Jam” Toenjes has found the back of the net ten times and picked up four helpers for the month of November, and he’ll look to start right where he left off come December. Either way, Palm Harbor’s goaltending will have to be strong in order to keep the Bulls off of the score sheet. A win for Bloomingdale could potentially put them two points out of second place (Durant) in the Modin Division…things have changed and fast for Bloomingdale, as of late.

Luke “No Watch Me” Rouleau and the George-Jenkins Eagles find themselves winless in the team’s last five outings, but the Green and Gold will look to get back on track come Friday night when they take on the Berkeley Buccaneers. Puck-drop is set for 81:15pm at the Brandon Ice Sports Forum (ISF). Keep in mind, the Eagles are 3-1-2 when playing on home ice at ISF.

Tis the season of giving, though.

The Berkeley Buccaneers won’t go down without a fight, and it’s only a matter of time before the Bucs get in the win column. Berkeley goaltender Heath Chancey may start between the pipes, and is capable of stealing two points on the table and making history for Berkeley.

Another team that’s been winless in its last few contests would be that of the Freedom Patriots. The Pats find themselves on a three-game losing-streak and will be up against a tough opponent tomorrow night in the Seminole Sharks. The two will face-off at FHCI and this will be the only meeting between the two clubs, and two of the league’s most electrifying skaters.

The Sharks will get a taste of what Freedom’s Owen Barno is capable of doing, as Barno leads the Pats with 23 goals and seven helpers on the year (23G-7A –30pts). Yes, Barno is on a four-game points-streak, but Matthew Speciale may play as an x-factor in this contest. Let’s not forget about Freedom netmind, Jacob Saunders, either.

Still, Seminole has the league’s leading goal-scorer in Zach Katz (30 goals). Katz’ ability to skate end to end, along with his ability to create offense at any given time, is just one challenge Freedom will face tomorrow night. Additionally, Seminole’s Maxx Mitchell has proven to be one of the league’s top offensive-defensemen. Mitchell has recorded at least one point in every game but one this season, and now has 27 points on the year (14G-13A –27pts). A majority of Seminole’s goals have been scored during the third period (27) this season, but the period also acts as the frame when the team allows a majority of goals-allowed (25), too. 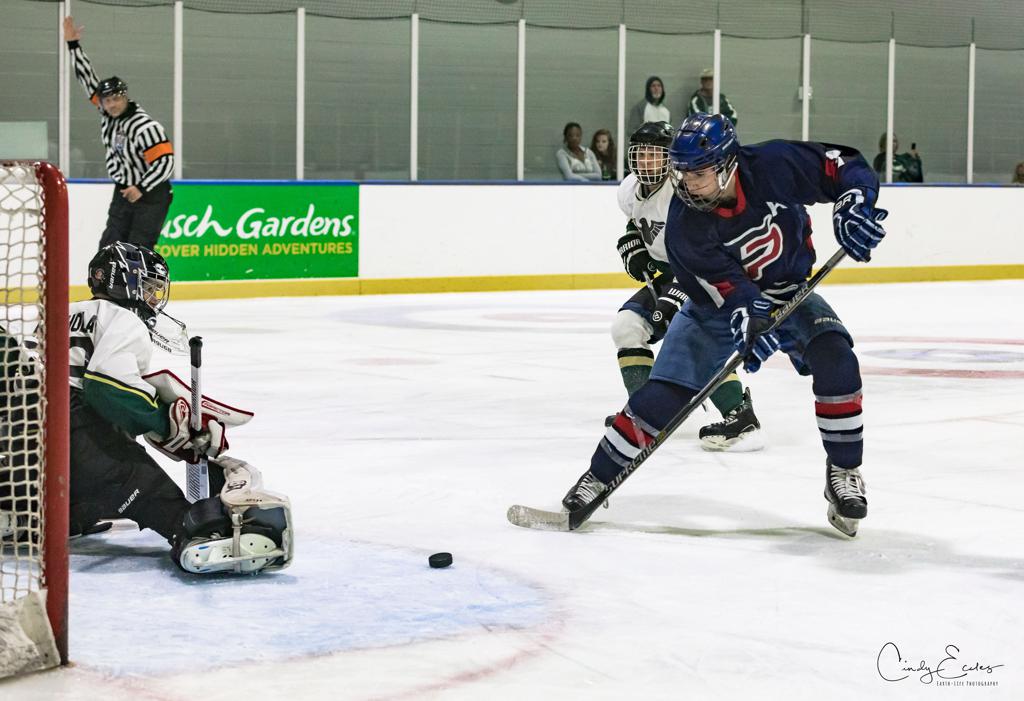 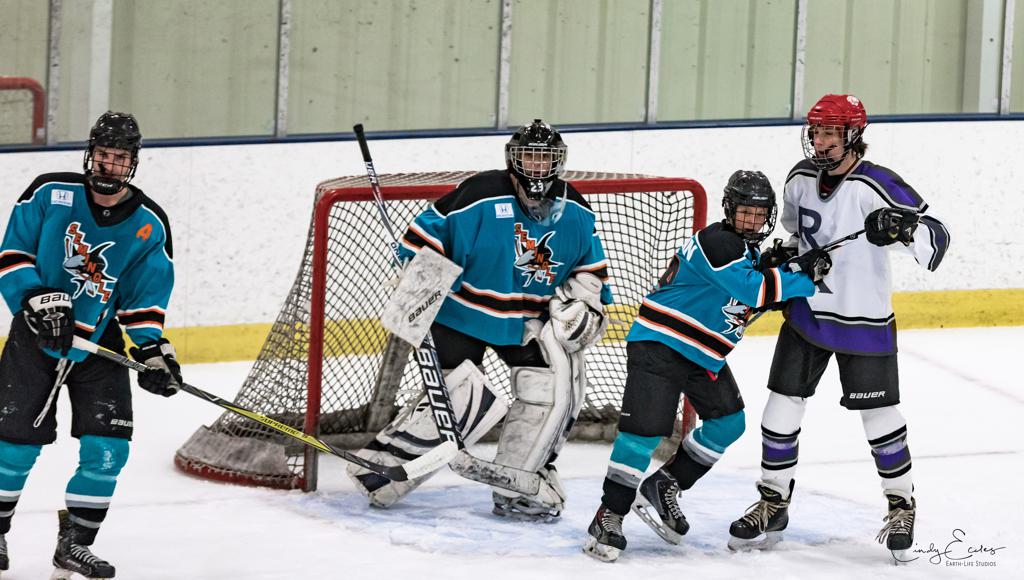 An intriguing matchup is taking place at FHCI at 9:30pm and between the River Ridge Knights and Durant Cougars. The Knights were soaring and one of the biggest surprises in the LHSHL, but the team has struggled as of late. River Ridge has lost four of its last five games, and is taking on a team that’s just as hungry to get its season back on track. Though, with the “I-Formation” of Dylan Hultberg, Anthony Lioacano and goaltender Daniel McCarthy, the Knights are more than capable of flicking the switch and going on a hot-tear.

Let’s not forget about what Durant has to offer, though. The Cougars well-structured offense is capable of putting numbers against any tandem in the league, and it seems that the team has been receiving more scoring help as of late. C.J. Comunale, Dylan Southern and Eric Bowles are all fresh off of a two-goal performance, and Dillon Garasz continues to prove why he’s one of the league’s top netminders too. With both teams bumping into each, neither River Ridge nor Durant’s schedule gets any easier…but one team will more than likely walk out of FHCI with two points.

Jacob Weaver should be back in action tomorrow night for the Newsome Wolves between the pipes, as he’ll look to shut down the Wiregrass Ice Hawks and one of the league’s top point-getters in Josey Davis. Wiregrass has a record of 1-3-1 when its opponents hold Davis to two points or less in a game, however the senior sniper has recorded six hat tricks in 12 games played this season. Also, Wiregrass will be receiving help this weekend, as Nicholas Koelndorfer is expected to be back in the lineup.

Still, Newsome has a couple of playmakers as well. John “Peevo” Pivovarnik will more than likely shadow Davis all night and the defenseman has proven that he’s one of the top two-way blue liners in the LHSHL. If Dayton Collins is in the lineup for the Wolves, than he and Tannis Bell may team up to chip a few goals on their own; as the two each lead Newsome with 11 points on the year.

Game of the Week

The long wait is over. The Mitchell Mustangs and East Lake Eagles will face-off for the second time this season (East Lake 4-0; September 27), and in the LHSHL Game of the Week. TBSA will play the role of host for the Game of the Week and with a late start of 9:45pm. This is the first game of a back-to-back series set for the Bradley Division rivals, and the division’s top two teams. 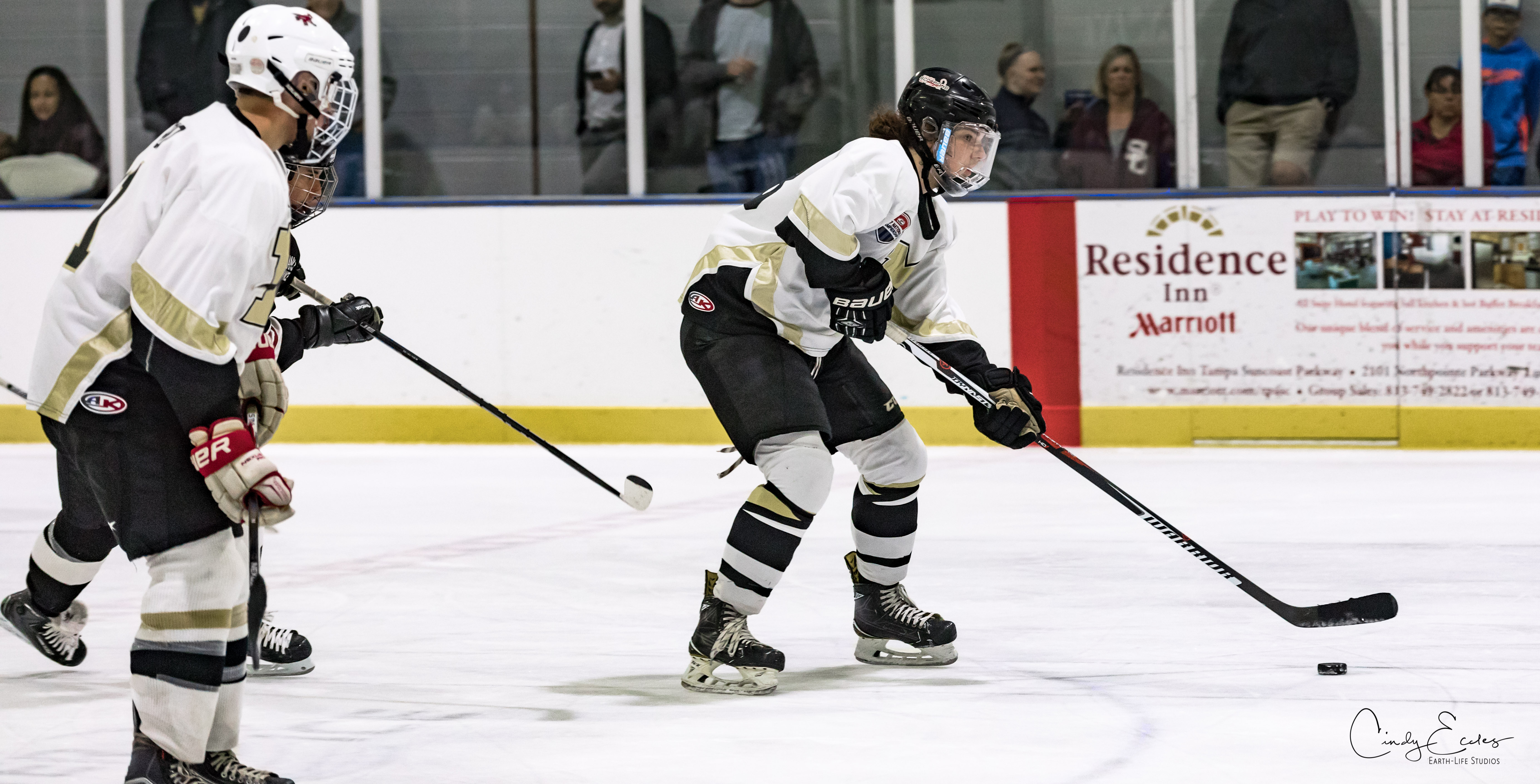 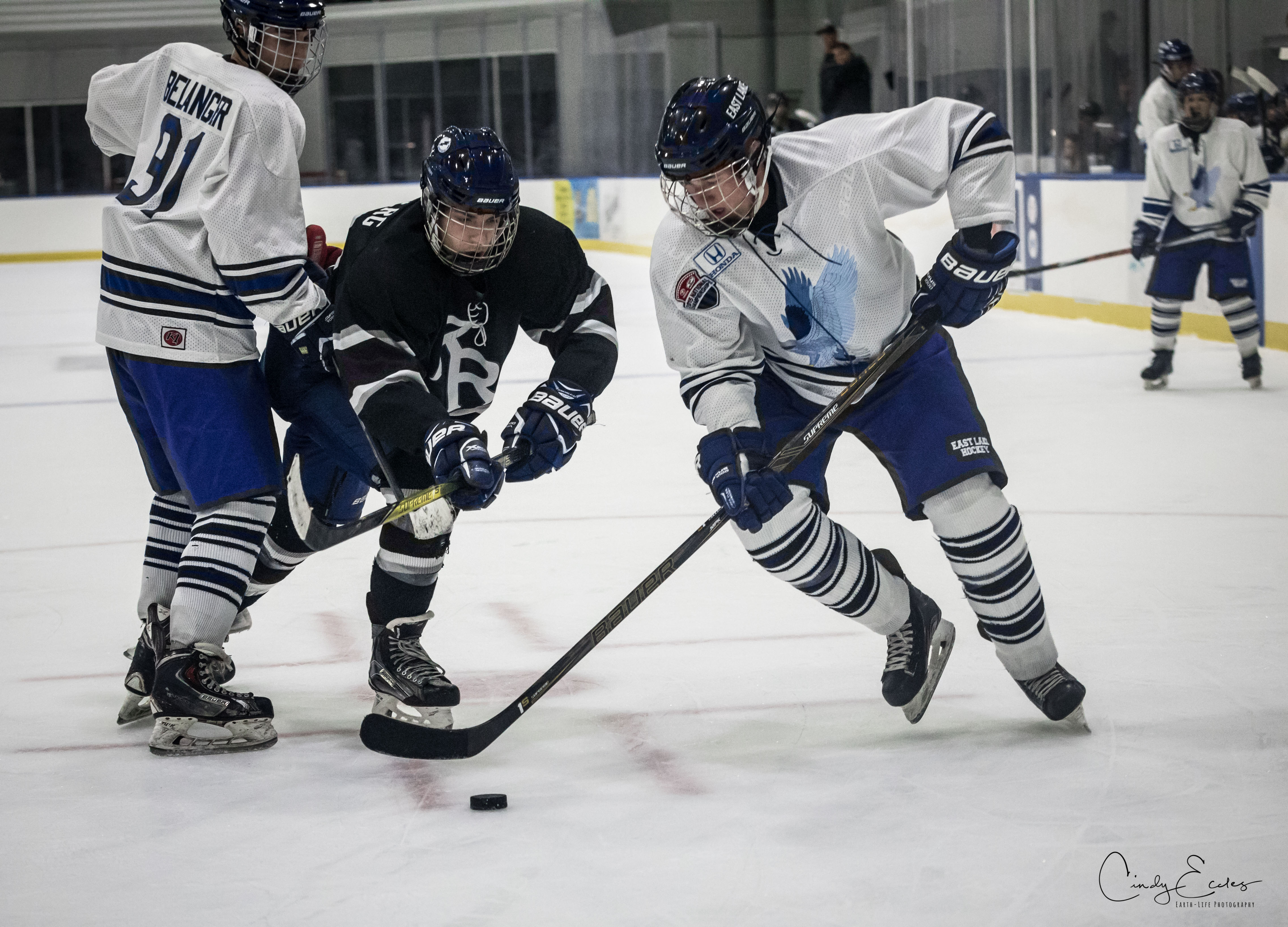 Mitchell will head west while riding a seven-game winning-streak, and a win for the Mustangs would put them three points out of first place for the division. Heading into the contest, Tucker Tassone (12G-14A –26pts) and defenseman Jon Heller (7G-14A –21pts) lead the way for Mitchell. Though, the team has been getting contributions throughout its lineup, especially from players such as Alex Majerczak and Tyler Gay. The Mustangs will more than likely turn to veteran goaltender and two-time LHSHL Cup Champion, Jacob Serpe, to start in net against a power-house East Lake offense.

It seems that it doesn’t seem to matter who starts between the pipes for the Eagles, as three different goaltenders have all contributed wins for them this season (James Belczyk, Anthony Samarkos & Marcus Alfaro). Still, this will be one of Mitchell’s toughest tests all season, especially since its will be playing Nickolas Belanger and company back-to-back. Additionally, East Lake is fresh off of two wins and against two of the league’s top contenders in the Jesuit Tigers (6-3) and Durant Cougars (6-3). The Eagles have additional offensive firepower with Justin Garr and Evan Jones, too.