It’s always interesting in learning how young athletes originally get into one’s respective sport, especially the Canadian-based sport of ice hockey. While Jesuit Tigers senior forward, Kyle Repar, was born in Mississauga, Ontario, that’s not necessarily the main reason as to why the seventeen-year old first laced up the skates.

For one of the Lightning High School Hockey League’s (LHSHL) top point-getters this season, getting into hockey naturally came to him and started with something as simple as seeing a billboard in the Tampa Bay area.

“I remember just flipping through the TV channels when I was younger, and a Lightning game was on back in 2007 before they drafted (Steven) Stamkos,” said Repar. 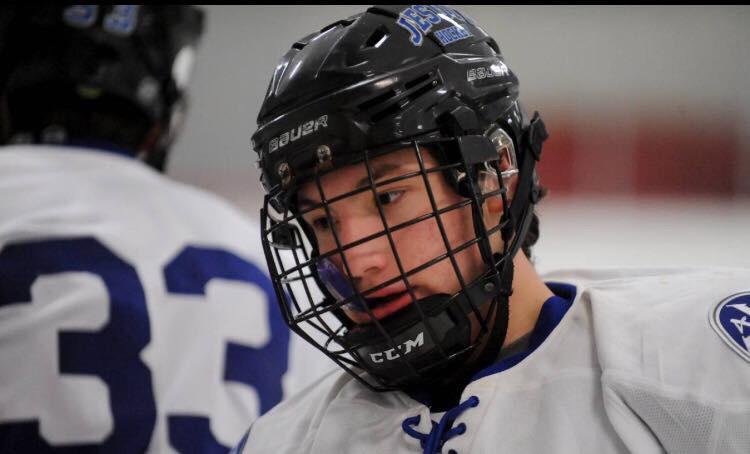 “I just got into hockey on my own, and just seeing the excitement around (the area) when Stamkos got drafted and seeing him on billboards,” added the five-foot-nine senior.

The Mississauga, Ontario native relocated with his family to Tampa back when he was four-years old, and he did in fact try other sports before his interest for hockey sparked.

“My parents never really pushed me to play hockey either, even though we were from Canada,” said Repar. “They just kind of let me get into it on my own; and when we first moved here I played the traditional ‘Florida sports’ like soccer and baseball.”

Once Repar eventually drifted away from the” traditional” Florida sports and picked up a hockey stick, he was motivated to invest in his new passion, plus stride to catch up to the skill level of players that had already been skating for years at a time.

“The first time I actually started playing organized hockey was in Tampa when I was eight or nine (years old), and compared to most kids that can be considered ‘pretty late’.”

However, while Repar may have thought he began playing the sport later than others, his next step for his hockey journey ended up taking place every Saturday morning bright early (6:00am) at the Brandon Ice Sports Forum (ISF) and with skating instructor, Cindy Sokolis.

“He was a good team player, but always wanted to be a better player not only for his teammates, but mainly for himself,” said Sokolis.

The self-determination and passion left an evident impression on the skating coach, too.

“He always gave one-hundred percent and worked really hard to improve all aspects of his skating,” said Sokolis. “He never gave excuses like, ‘I’m tired; the ice is bad; my blades are not sharp;’ he got on the ice and worked hard from the minute his lesson started and until it ended. Then he practiced more afterwards,” said Sokolis. 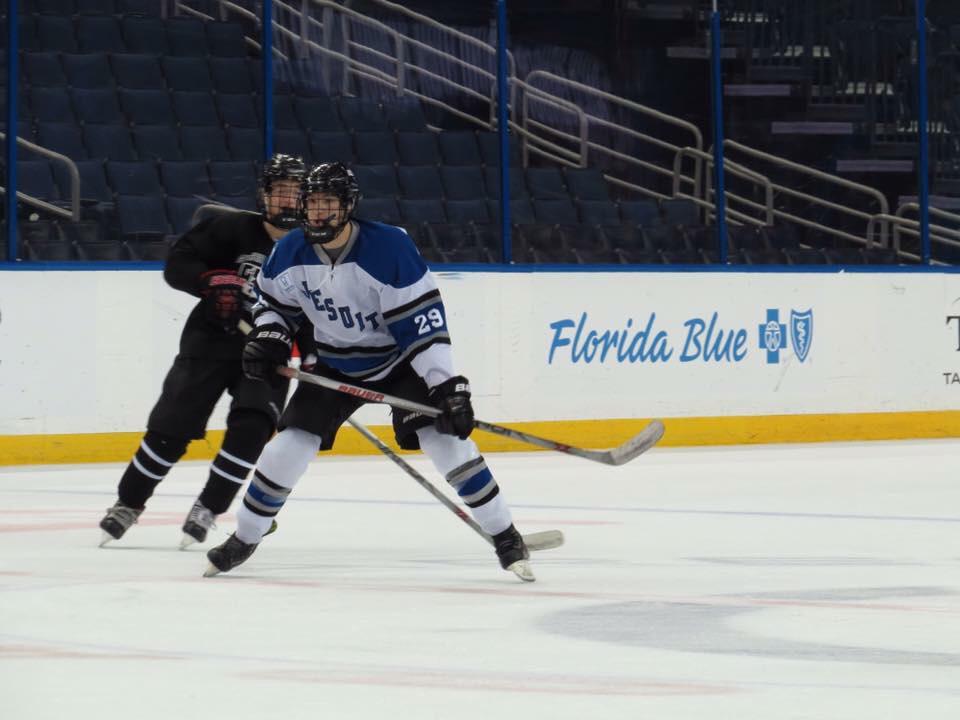 While Repar’s determination to grow as a hockey player is admirable, so is his work ethic away from the rink.

At Jesuit, the Tiger’s offensive threat is enrolled in five Accelerated Prep (AP) courses and has also taken a strong interest in his AP Statistics class.

“It’s pretty unique, and I think it’s more applicable than most courses I’ve taken in High School, so far,” said Repar. “I just like the ‘real world’ applications that it has compared to something such as a traditional History class.”

Speaking of statistics, one of Repar’s “biggest passions outside of hockey” would be the stock market.

“I’ve been investing in the stock market since I was really young, and I like taking a statistics course now and just seeing how data is collected and processed. And, seeing the different types of studies that can be conducted and related back to the stock market,” said Repar.

You might ask, how did Repar gain interest in something as complex as the stock market at a young age? Similar to his path towards playing hockey, it was again something simple, and a small gift from his parents. And, he figured things out on his own from there.

“My parents gave me one share of Nike for Christmas when I was younger, and ever since then I just picked it up on my own and did my own thing with it,” explained Repar. 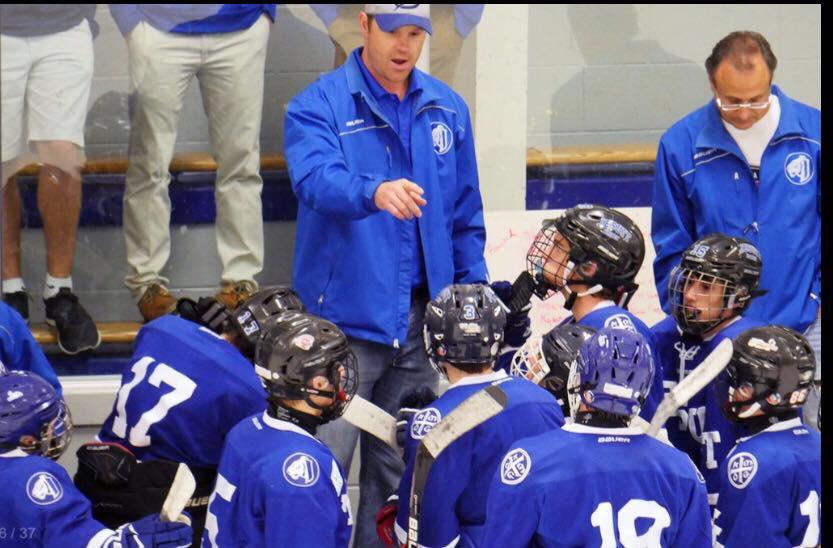 Repar explained how he used to be fascinated with “how much money he would make, or lose” on a daily basis, and how it would be the first thing he would talk about or check after getting home from school.

Though, something else in which Repar has invested both much pride and time in, would be donning the blue and white hockey sweater for his High School.

“It just means so much more to me and being able to represent your school is just incredible, especially a school like Jesuit, because we have so much pride in what we do,” said Repar.

Repar has skated with the Tigers since his freshman year, but may have recently recognized just how special it’s been to play for Jesuit and with his teammates.

“My first two years I wasn’t as committed to it (High School Hockey) as I am now, because I had been playing travel hockey for a couple of different teams back then and had some injuries that I had to deal with,” said the point-producer. “But, the last two years I’ve really embraced it, and I kind of feel bad that I didn’t embrace it as much as a freshman and sophomore.”

“It’s pretty cool being able to play for a former NHL player and Stanley Cup champion,” said a smiling Repar.

“Compared to other coaches I think he just has a certain level of respect that just comes with his name, and his attitude on the ice just shows that he’s incredibly experienced and probably the most experienced in coach in the state of Florida.”

Jesuit Head Coach, Jassen Cullimore, was also complimentary of Repar’s determination as a player and leader both on and off of the ice.

“Kyle is the one player on the team that I do not have to remind to finish his checks and to give everything he has every shifts,” said Cullimore. “He’s very tenacious when he is on the ice.”

Still, the youngster seems to always have a provocative attitude, which can be difficult while playing an intense sport such as hockey.

“Off the ice, Kyle has a great sense of humor and is always making positive comments about his teammates and opponents,” added the Jesuit Head Coach.

Additionally, it’s evident that Repar’s role as a leader with the team has matured.

“His leadership is what has really progressed in the three years that I’ve been coaching him,” said Cullimore. “It is my hope that the younger players see his work ethic, determination and relentlessness as to something to model their game after.” 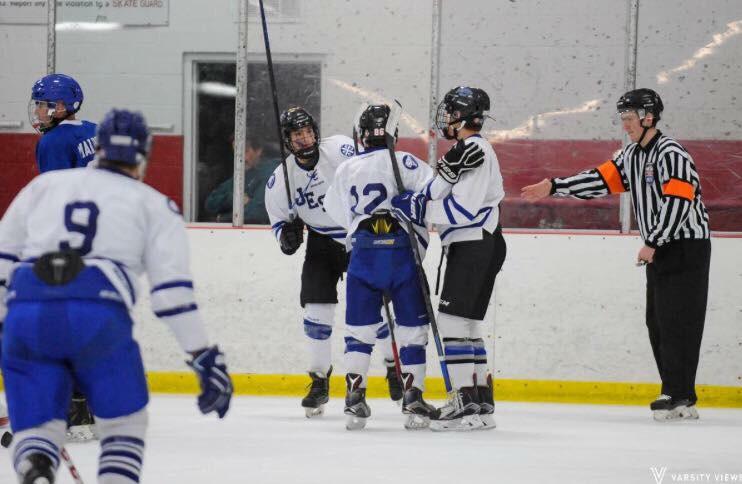 As of Tuesday, October 31, Jesuit sits atop the Andreychuk Division with a 6-1-1 record, and in large thanks to Mr. Repar. Number “17” for the Blue and White has 19 points, including 9 goals, which is good for third on the team. In fact, he sits behind his line mates Joshua Burke and Nolan Forrest, of almost two seasons, and teammates who he’s embraced playing with.

“We were put together as a line after starting last season 0-3, and since that time we’ve just kind of taken off and have been able to put together a lot of offense,” said Repar. “We still play together and it’s been a lot of fun with those guys, and we’re always next to each other in the locker room and have grown pretty well together as friends.”

When asked if the trio’s line had a nickname, Repar couldn’t help but laugh and give credit where it’s due. Keep in mind, Jesuit’s Burke leads the team with 28 points, thus far.

Someone must have had their ham and cheese omelet today... @kylerepar puts @JHSTigerHockey up 3-1 over @MyFreedomHockey in 2nd period #LHSHL

Yet, Repar didn’t forget to mention his other Tigers either, as Jesuit is a pure school for the LHSHL.

“Just being around all of your teammates at school and at the rink just combines for a fun atmosphere, whether you’re playing hockey or not,” added Repar.

Those who know Kyle Repar will all agree on a number of things which include his admirable determination in various aspects of life and sports. And, that he always has a “smile” on his face.

When asked what Repar has taken away from hockey, his response was “work ethic.” But, perhaps that was something he gained on his own and before he decided to lace up the skates.