The city of Moncton,  which is located in the Canadian province of New Brunswick, plays the role of home to one of the 18 Quebec Major Junior Hockey League’s (QMJHL) clubs. Since the team’s foundation in 1996, the Moncton Wildcats have celebrated two President Trophy championships (2006 & 2010) and have produced over 50 skaters that have reached the National Hockey League (NHL) level.

Notable NHL names such as goaltender Corey Crawford, forward Brad Marchand, defenseman Keith Yandle and more have all dressed for the Wildcats in the past, while once calling Moncton, home. So, yes, the Wildcats have not only established a tradition of winning in recent memory, but also generating proven NHL talent, too.

While Tmej was originally born in the Czech Republic, Europe, he relocated to Bradenton, Florida at the age of 13. Now, the 17-year-old is currently the only skater on Moncton’s roster that played either High School or competitive travel ice hockey in the state of Florida. In fact, there are less than a handful of other Wildcat players that played competitive hockey in the United States prior to joining the club this season.

Tmej, began pursuing his hockey career in the Sunshine State with the Florida Alliance Bantam AAA program, before later lacing up the skates for the Gulf Coast Flames one season later. However, when asked about his former hockey playing days in the Tampa Bay area, the five-foot-ten goaltender heartily acknowledged the LHSHL.

“The High School program (LHSHL) has been so amazing to the players these days,” said Tmej. “It definitely helped me get to where I’m at right now; there’s no question about that.”

The Wildcats’ netminder was no stranger to the LHSHL, either. Tmej played three seasons with the Manatee Admirals, and led the Admirals to the Lightning Cup Finals each season. In 2014-2015, Manatee went undefeated during the regular season, which was backstopped by the (then) sophomore’s league leading 1.30 goals-against-average (GAA). 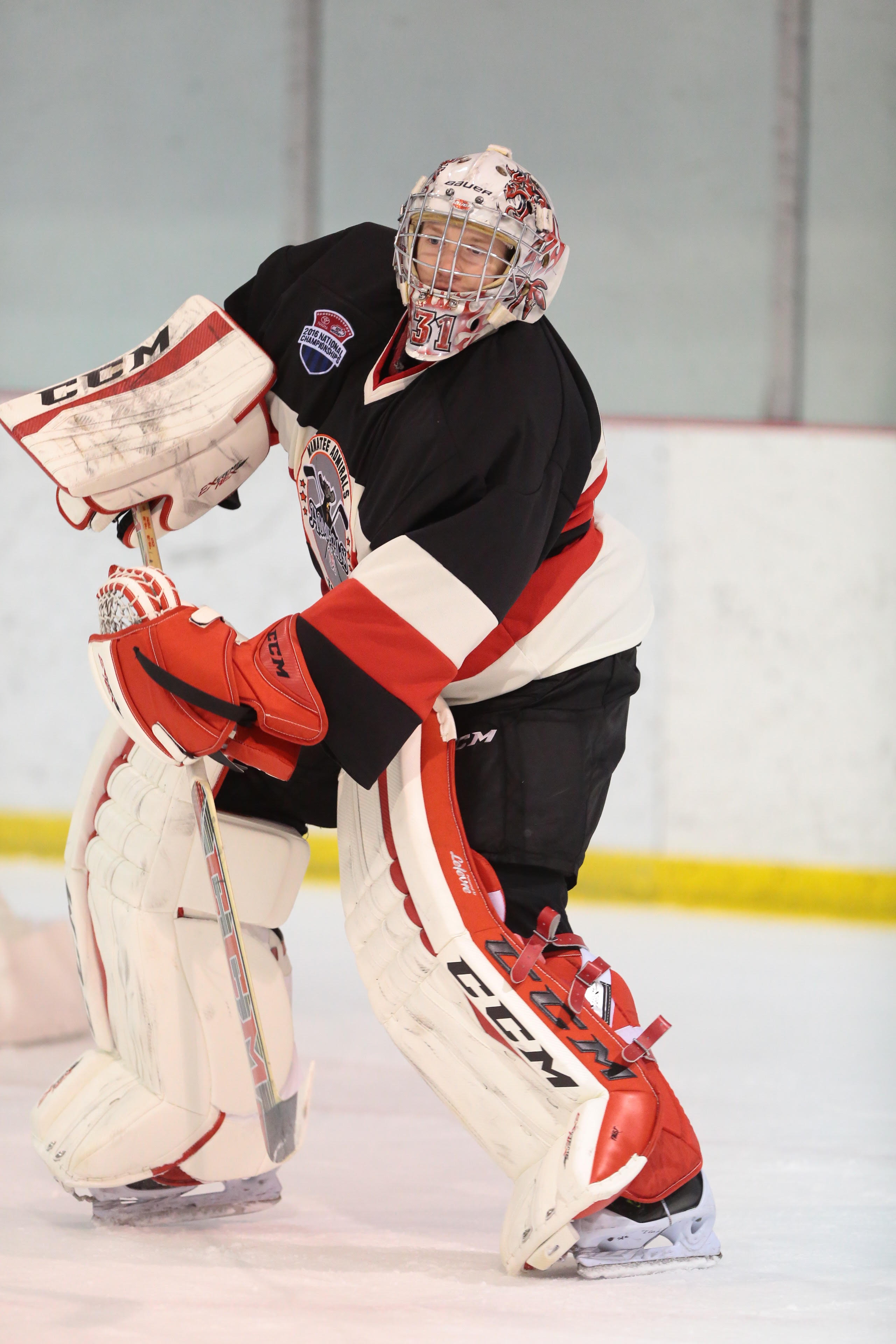 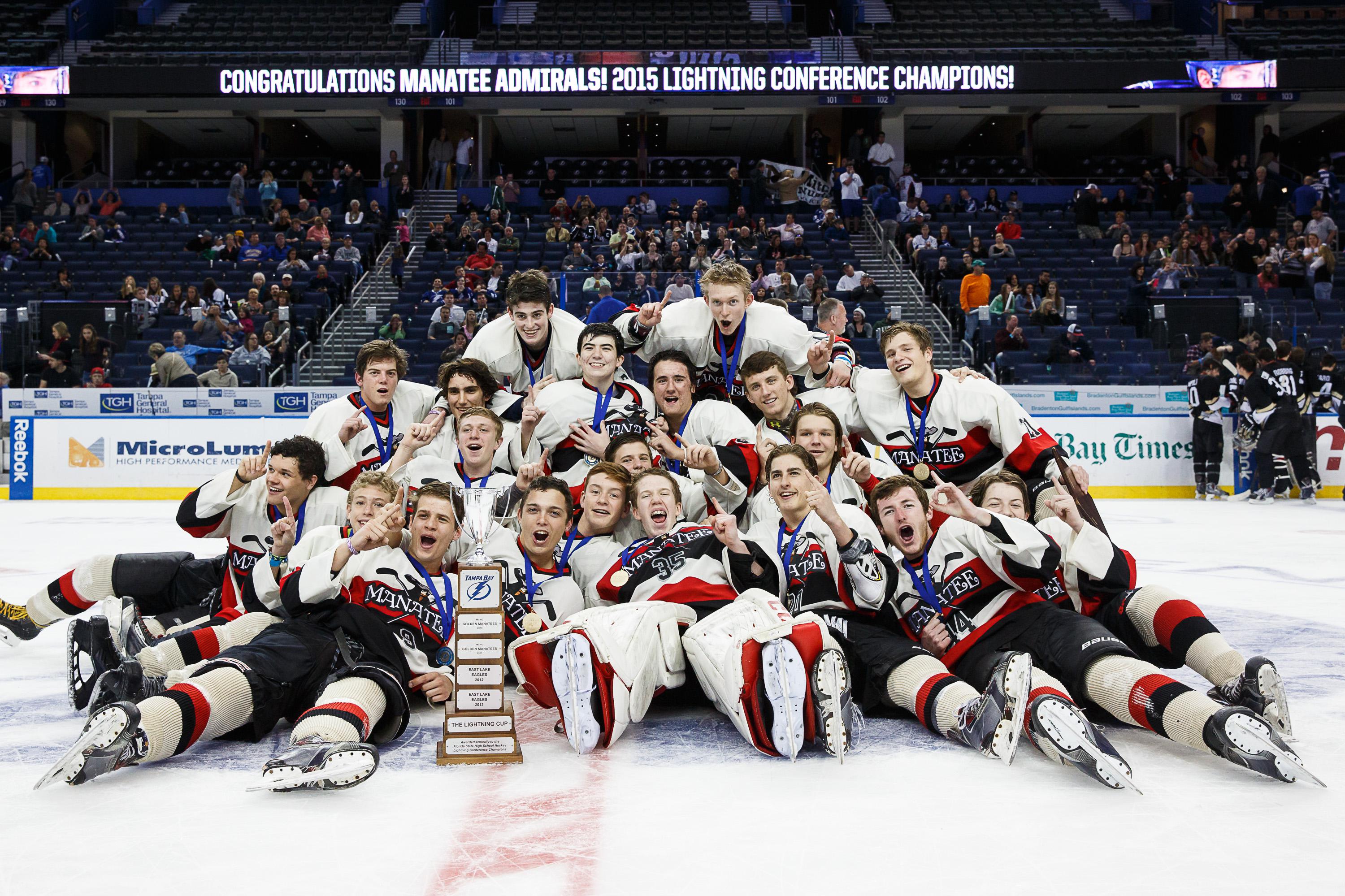 The Admirals eventually hoisted the Lightning Cup for the first time in team history, after the club defeated the Mitchell Mustangs by a final score of 10-3 and on the big stage at Amalie Arena in 2015. But, Tmej and his Admiral teammates didn’t stop by just winning the Lightning Cup. Manatee proceeded to win the Florida State Title, and eventually finished third in Nationals.

“It’s incredible how self-motivated he was and still is,” said coach Wessel. “He is the hardest working player I have ever coached both on and off the ice.”

The former 2015 Lightning Cup winning goaltender referred to Wessel as a “second father,” and also expressed much gratitude for what his former LHSHL coach had taught him away from the rink too.

“He was the kind of guy that could establish the type of relationships that we all came to really appreciate and ones that could never be broken on and off the ice too,” added Tmej. “He was an amazing guy to talk to, to be around and to be a part of his team.”

Yes, it’s evident that Tmej had both the talent and hockey résumé to reach the QMJHL, but how exactly did the Floridian hockey player take his first steps towards his goal of playing Junior Hockey and in Canada?

A familiar and friendly face at all of the local Tampa Bay ice rinks, coach Gordie Zimmerman, assisted Tmej in the beginning stages of being scouted by Moncton.

“The USA Head Scout for the Moncton Wildcats asked me who he should watch in the next high school game after he scouted my son, and I told him the goalie for Manatee (Tmej),” said the head coach of Wiregrass High School.

Immediately following that same game, Dom was officially invited to the Wildcats’ Training Camp. But, that was just the beginning for the one-time LHSHL champion.

Months later, on December 2, 2016, Tmej finally started in his first QMJHL game when he faced-off with the league’s top team in the Cape Breton Screaming Eagles.

Tmej led the Wildcats to a 4-0 shutout victory, recorded 31 saves and was named the game’s First Star. Since then, Tmej has gone on to play in 17 more games, after having to wait almost half a season to get his first nod between the pipes for Moncton. 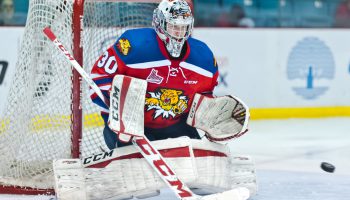 Though, coach Zimmerman was not surprised by Tmej’s early heroics in the Wildcats’ crease.

“Dom has that calm and cool talent like a Ben Bishop or Carey Price and is never nervous in big situations,” said Zimmerman. “He always was the guy to beat (Wiregrass vs. Manatee), and we never did.”

And, to no surprise Montreal Canadiens goaltender Carey Price has been Tmej’s role model because of Price’s “ability to make clutch saves look effortless.”

Additionally, Zimmerman believes that Tmej’s “continuous hard work ethic” is a lesson to be noted for aspiring Junior Hockey players.

“What Dom has accomplished, is that no matter where you play or who you play with, he has always performed his best and this is a lesson to all players.  Scouts watch all leagues and have noticed that our LHSHL has some real talent, and no matter where you play they’ll find you if you work hard and show your skills to the best of your ability, especially now in Florida,” said Zimmerman. 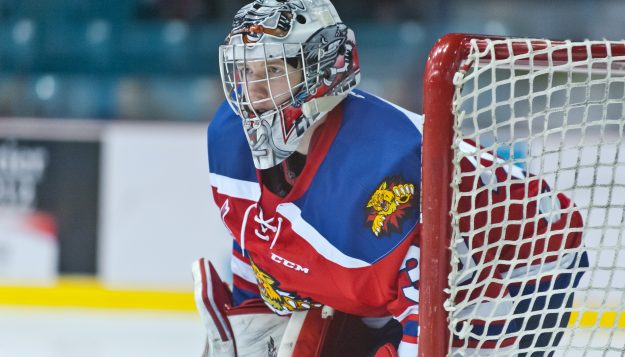 With two of the LHSHL coaches supportive of Tmej’s efforts on and off ice, so is the former Manatee goaltender’s current head coach, Darren Rumble. Ironically, Rumble is a former member of the Tampa Bay Lightning and has his named engraved on the Stanley Cup from the Bolts’ 2004 championship.

Rumble has not only been impressed with his rookie goaltender’s “confidence” on the ice, but Tmej’s efforts off of the ice, too.

“When I think about Dom, it’s his incredible presence in the community. He is our (Wildcats) nominee for Humanitarian Of The Year because of his tireless work in the community. We get a ton of positive feedback from our fans about how good he is at many events outside the rink, while representing the Wildcats,” said Rumble.

Rumble also confirmed that the former LHSHL goaltender portrays that “hockey has come a long way in the Tampa area.” Additionally, that “Floridians are becoming true hockey fans and are developing a lot of young talent that will represent the state of Florida very well going forward.”

While the Lightning organization continues to develop a hockey culture in the Tampa community, they’ll also continue to build on a new tradition, too. It’s a tradition which has been blueprinted by Tmej, but originated back home in Florida. 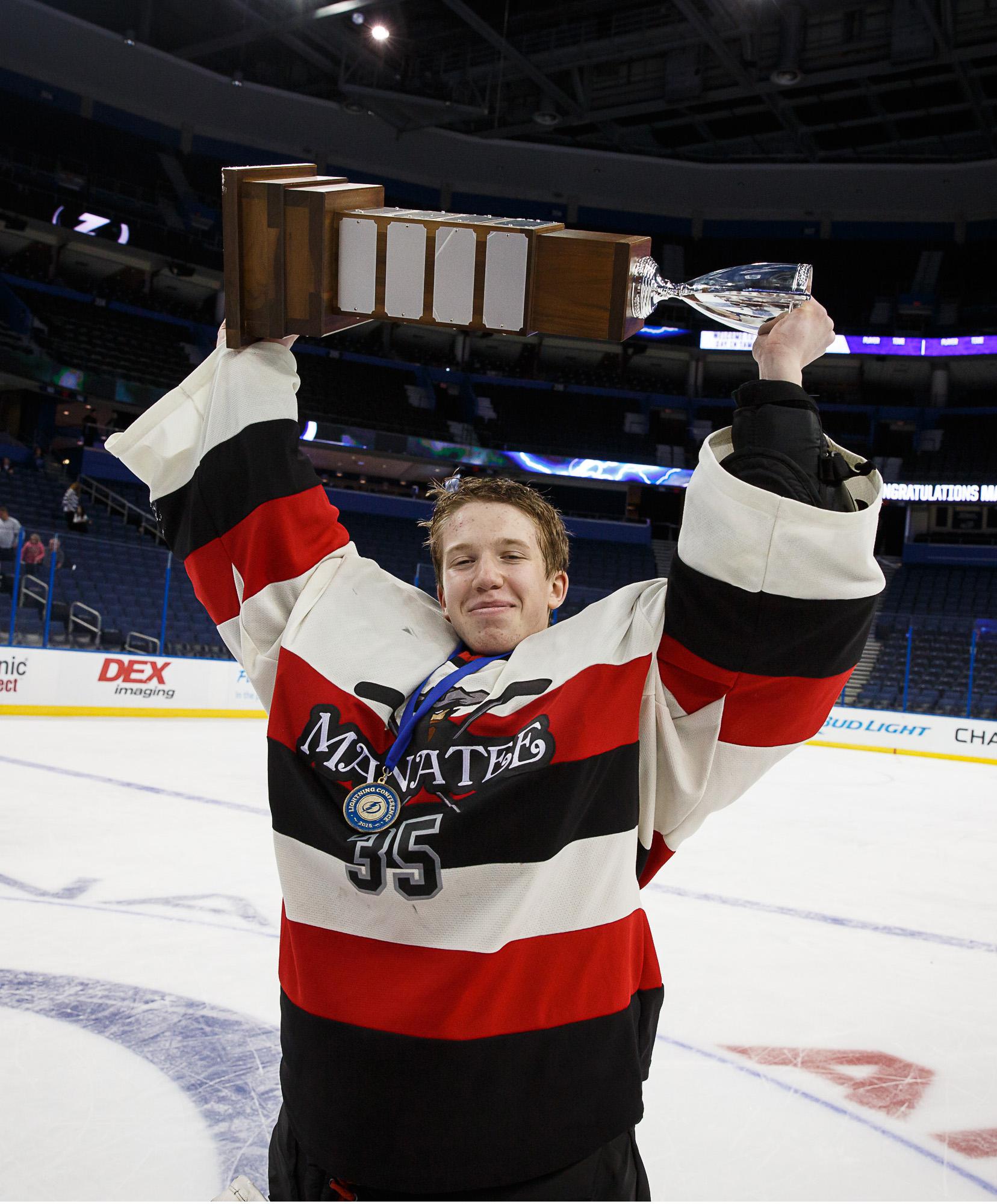