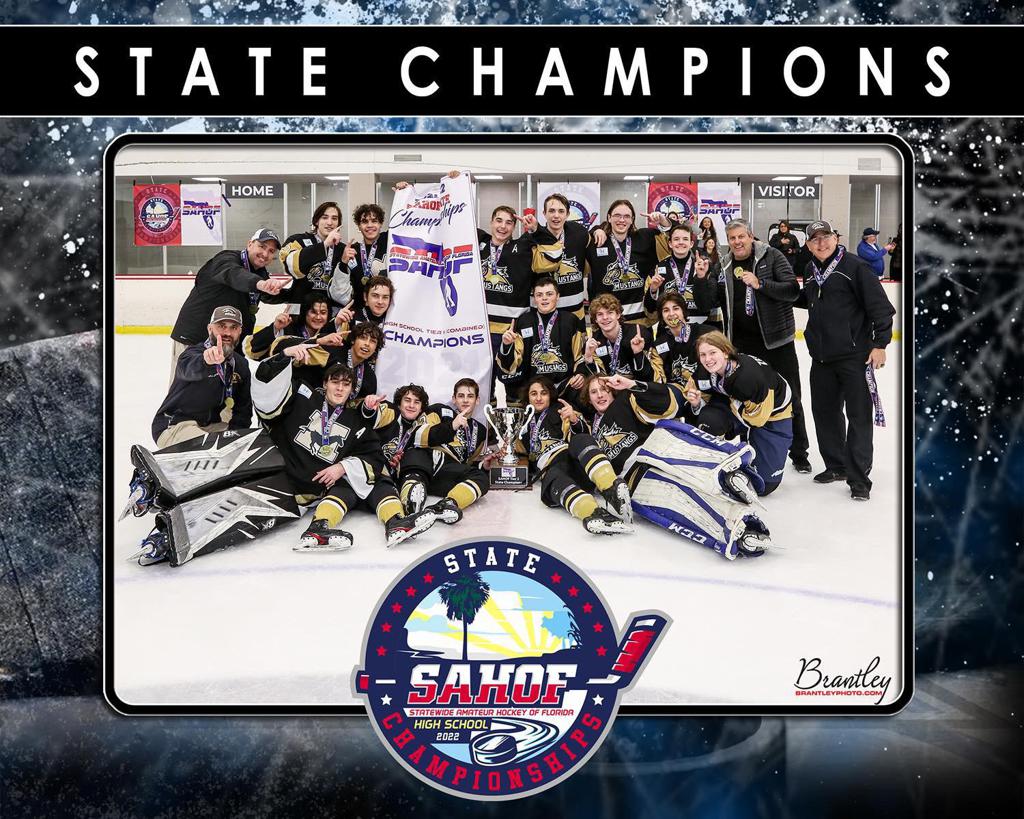 The Mitchell Mustangs took strong charge in their fight to becoming the SAHOF State Champions of the Tier II division. As their journey through playoffs did not lead them to the Lightning High School Hockey League championships, they still got the opportunity to compete in the state playoffs where they finished with four wins out of their five games, winning their most important game, 4-1, earning them the title of champions.

During their league playoffs, Mitchell saw East Lake in the second round and won 3-2 in a very close and highly competitive game. Mitchell finished their regular season with only three losses and two of those losses were given to them by the East Lake Eagles. Considering this, Mitchell knew they needed to put up a strong fight to beat the Eagles and advance to the next round of playoffs, which they did.

Their next game in the 3rd round, which determined who went on to the Lightning Cup championship game, Mitchell saw Steinbrenner at Amalie Arena. Holding a 1-1 score all the way through overtime mean the game then turned into a battle of goalies, Marcus Benzrihem for Steinbrenner and Jax Fontana for Mitchell held their own through 9 rounds of shootout until Steinbrenner scored in the 10th round advancing them to the finals. Despite this tough loss, Mitchell still got to advance to the SAHOF state tournament as a pool team in their Tier II division to fight for a state champion title.

At the SAHOF state tournament, Mitchell saw Miami-Dade Alliance as their first game Friday evening to kick off their weekend. Winning 6-0, they started their weekend on a very strong note. Saturday’s two games were a loss against Spanish River 0-2 and a win against Westside Mutts 4-1. Heading into Sunday, Mitchell faced Durant in the semi-finals to see who would advance into the state championship game. Beating Durant 2-0 put Mitchell into the championship game against none other than the Steinbrenner Warriors who knocked them out of the Lightning cup.

Mitchell went into this game excited for redemption after the last time they faced the warriors. Mitchell ended up winning against Steinbrenner 4-1. The first goal being scored by Steinbrenner. Mitchell quickly followed when Kevin Rosello, Mitchell’s senior captain, assisted by junior defensemen, Wyatt Frontiero, scored to tie the game. A 1-1 score gives a clean slate and the Mustangs ran with it. Kevin Rosello went on to score 2 more goals earning himself a hat trick in the state championship game of his senior year. Scoring 3 of the 4 goals in this championship game. 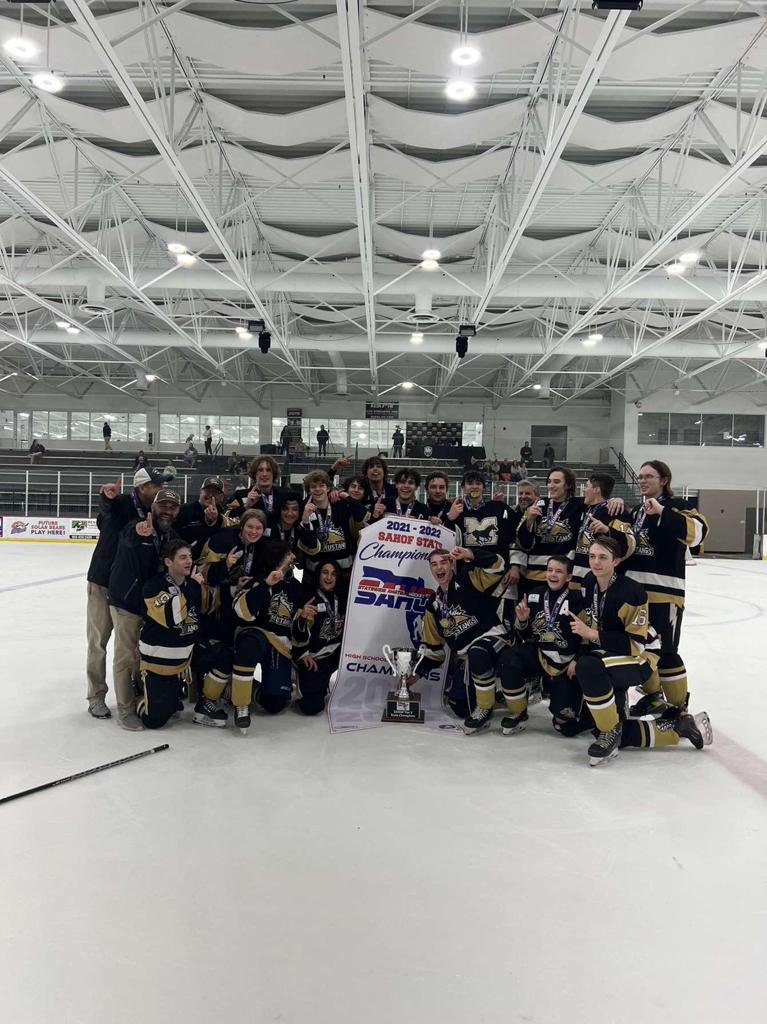 Jax Fontana, Mitchell’s senior goalie, played 10 periods over their 5 games at states and only allowed one goal which was from Steinbrenner in their very last game. He spoke about the feeling they got when won the state championship title against the team who had knocked them from the league finals.

“When the buzzer went off it was pure excitement and shock. The boys were buzzing and couldn’t be more happy how the game turned out. I honestly feel like the whole team stepped up during states weekend, especially our captain Kevin Rosello scoring three goals in the championship game. Kevin made sure to hype everyone up because he knew we were going to be striking back at the Warriors!”

Fontana expressed his excitement about going to Dallas for Nationals with his team and they are all over the moon and eager to see what they accomplish.

Speaking with Dave Beaudin, Mitchell’s head coach, he was asked what lead this group to their victory of becoming state champions and he said, “I think the biggest key to the weekend was playing shut down defense. We set the tone and structure of our game in August this season. We built a belief system that seniors down to the freshman could grasp.. we expanded our game plans each month during the season. Our coaching staff delivered a message of positive urgency all year. In the end, our senior leaders stepped up and supported each other. Good and bad. It was impressive to see they called each other out.. and they did not fold..”  Clearly Beaudin feels very proud of their winning team’s accomplishments. Two of their 5 games were shutout wins and Beaudin stated "Anytime you give up 4 goals in 5 games, you have a chance to deliver a win!" Which his team certainly did.