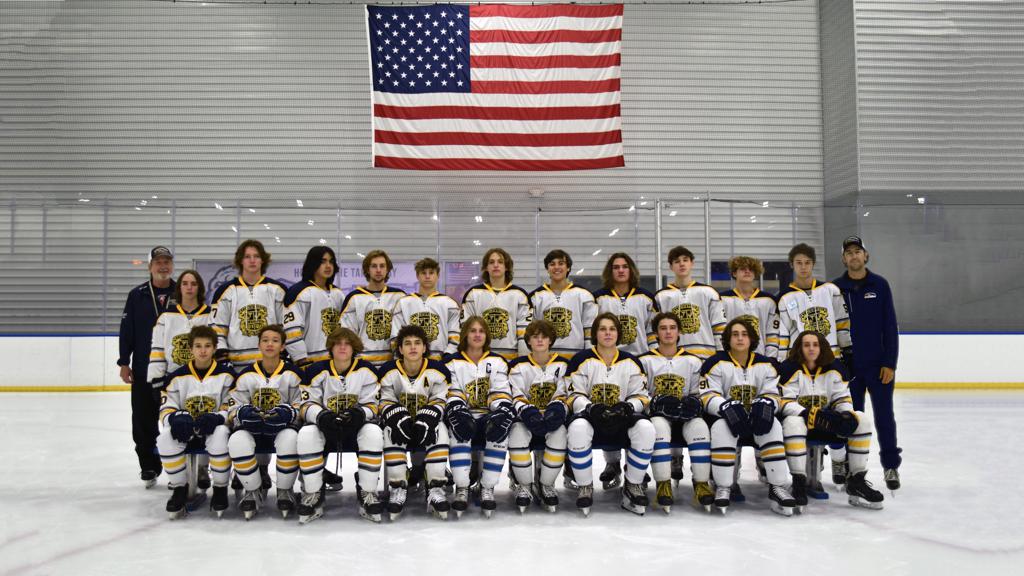 SEFFNER – Hockey at its core is a game built on structure and discipline. It’s a game of mistakes and the team that wins the game is most often the team that made the fewest significant mistakes.

It would then follow that most teams should strive to build out their team structure and hope to properly execute it in each game. Certainly at the high school level, where the median skill level of a player isn’t typical.

“What I do is I try to explain to the kids what we’re trying to accomplish and I let them be the creators,” Karas said. “(We have them) instill their own creativity into each drill and each scenario we put on the ice, and let them go.”

“They seem to enjoy that better than me keeping them in a strict confined system.”

The Gators, in just their third year of existence, have quickly found success on the ice. Gone are the days of the inaugural season of 2019-2020, when Land O’ Lakes posted an abysmal 2-19-1 record. They’ve even blown past their respectable 9-10-3 sophomore campaign. This year, they’re walking amongst the giants, with a 13-6-1 record and a playoff spot wrapped up despite playing in an intensely competitive Bradley Division. Though they will finish fourth, their 27 points through January 26th puts them ninth in the league.

“The turnaround was to build their confidence and let them ad-lib on the ice,” Karas said. “Let them do their thing so that they became more creative.”

It’s easy to look at the results and see the benefits of this unique style of play; with just two games to go, their 109 goals scored is third only to Manatee (135) and Seminole (121).

But the full impact of Karas's philosophy can be found in hearing his players talk about it.

“It forces you to make faster decisions,” forward Alex Wilkey said. “You can kind of be creative with it, shape it around your style.”

Wilkey is the team’s leading scorer this season with 23 goals in 19 games, blowing away his career total of 11 goals through his first two seasons.

“We’ve been playing, obviously, with each since freshman year, and some even before that,” Wilkey said . “We’re all used to how each other plays.”

The continuity has helped the process along, allowing the team to grow together. Wilkey’s success this year is indicative of that, culminating in a core of mostly upperclassmen hitting their stride at the same time.

“It’s a big family,” said forward Talan Booker. “Our chemistry is on point.”

What is truly incredible about this season for Land O’ Lakes is the fact that they’re doing all this with two major obstacles in their way. Their best player, Zach Myers, has been absent for over half the season, including a recent 5-1 loss to division-leading Mitchell on December 17th. Myers has 18 goals and 29 points in nine games, a per-game rate of 2 goals and 3.22 points that both easily stand alone at the top of the league.

More notably, the Gators have no goaltender in their player pool. This means having to rely on an emergency goalie in each game. It would be easy for a team to fall apart under such conditions, but the adjust-on-the-fly mindset that Karas has instilled among his players makes the situation manageable.

“Everyone welcomes (the emergency goalies) when they come in and makes them feel like they’re a part of the team,” forward Ethan Curran said. “Even though they’re here for maybe the night, for two games, everyone makes them feel welcome and that helps us a lot.”

Booker put it even simpler.

“As long as we’re doing our job then that helps out the goalie as much as possible,” he said. “Just makes their job easier.”

The highlight of the season was a stretch from September 17th to November 22nd, where the Gators won 11 games in a row. The streak included wins over division rivals Steinbrenner and East Lake, as well as a pair of wins against River Ridge.

Three years ago, only a select few individuals could envision a team competing for a state championship with the Land O’ Lakes crest across their chests. But now, that vision is coming closer and closer to a reality. All it took was faith, trust and a little creativity.

“With creativity comes confidence,” Karas said. “And it’s at the point now where it really shows.”