Return to the Rinks: CIA and TBSA

The places we spend enough time in to effectively call our home away from home have been dealing with many uncertainties these past few months. We’re taking a look at the rinks the Lightning High School Hockey League is proud to call home and providing updates to how they’ve made it through COVID-19.

General Manager Tom Lindemuth hopped on a call with me last Friday and walked me through how the rinks in Pinellas county are making the best out of a situation in which many are just rolling with the punches, “We had to shut down in late March like everyone else, and we were completely shuttered in for about a month. We wanted to make sure we could stick to the guidelines to protect anybody that came into our buildings, but also get back to providing ice for everyone that relies on us. Right now, all our staff are wearing personal protection equipment, and we’re limiting two spectators per player for games. We’re open for skate and shoots, pick up hockey, public skates, and our leagues have started back up, but we’re making sure we control the numbers of skaters we’re letting in.”

The rinks operated by Tampa Bay Ice are not going to quite look the same after the world is back to normal, as they took advantage of the time their facilities were empty to complete some upgrades in each of their facilities. Tom shared, “We took the downtime as a signal that now is the right moment to upgrade our facilities. We’re redoing the ice at Countryside Mall, we have a brand new water tower for TBSA Oldsmar that will be up in early June, and the South rink at Clearwater Ice Arena is being ripped out and a brand new rink is being put in.” The improvements in Oldsmar will mean that the ice quality increases on both sheets as the new chilling system is more efficient and effective at keeping the ice at an optimal temperature, and an even temperature across the surface. 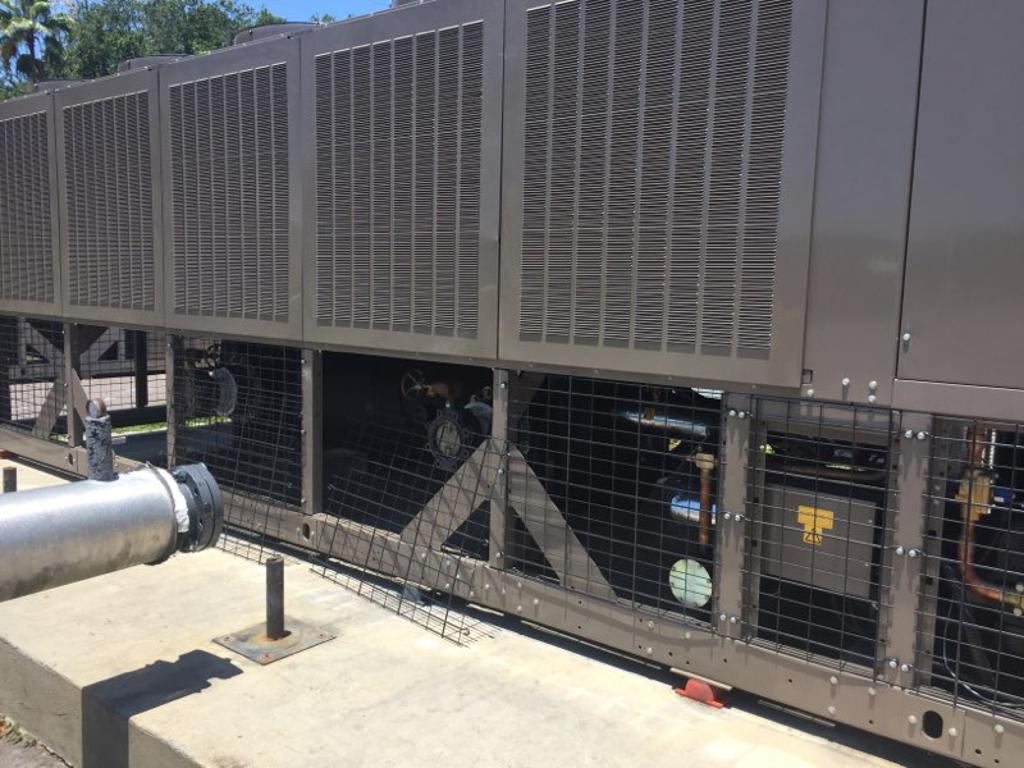 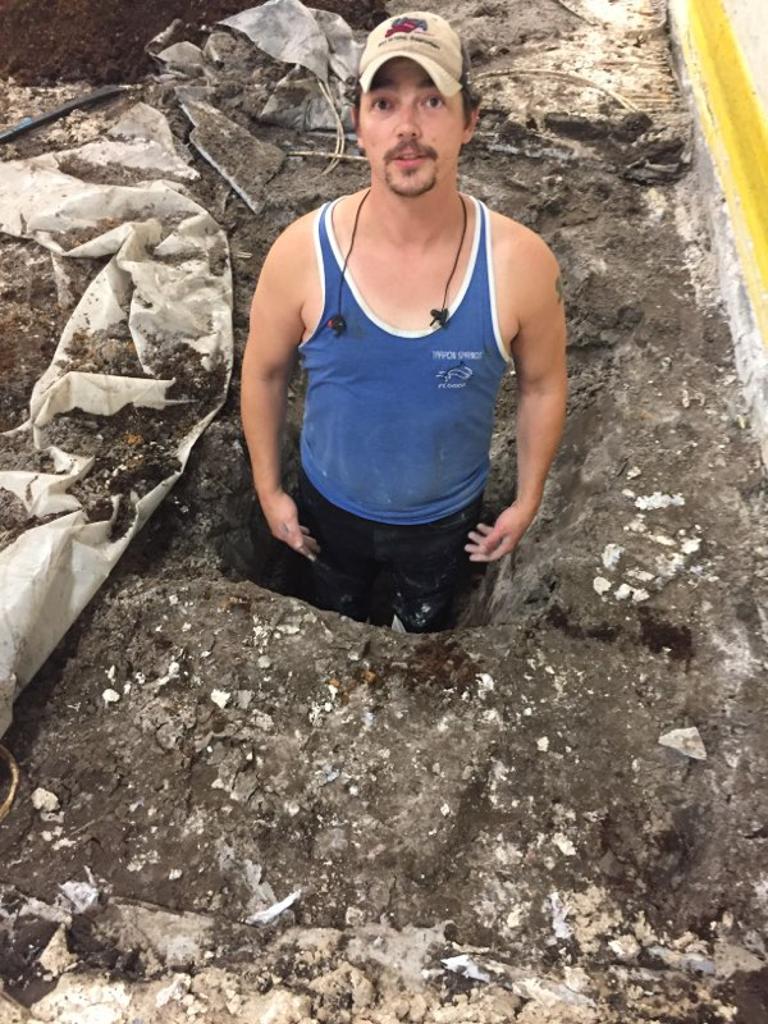 The rink at Countryside Mall was due for a facelift, but the biggest makeover is happening in Clearwater, “We’re digging out all the sand the South rink has been on and replacing it with concrete. We’re bringing in a new water tower to chill the ice instead of using an air chiller, and we’re putting in completely new boards, glass, and benches.” The timeline is set for the new rink to be ready by Labor Day Weekend, but this was originally quite a gamble for the rink to make. For those that don’t know, ice rinks are either on concrete or sand. Concrete means that you have a thin layer of ice, usually around an inch and a half thick, over a system of cooling technology running through concrete. Concrete rinks are initially more expensive but allow for rapid melting and removing of the ice. Amalie Arena is a prime example as they may need to redo or remove the ice within forty-eight hours for concerts, events, and games. When Clearwater Ice Arena first put in their ice, sand was the system that made the most sense due to the climate and area. With a sand rink, you have several inches of ice on top of several feet of frozen sand. It’s more difficult to replace, however if there was a hurricane or long lasting power outage, all the sand based rinks in the area could survive for up to a few days, “Now the issue with the South rink is that we had no idea if or how much permafrost had formed in the fifteen or so years of that surface being frozen. Before we decided now was the time, we knew that the thawing process could have taken months. Luckily we’re looking to welcome skaters onto a brand-new rink in early September” 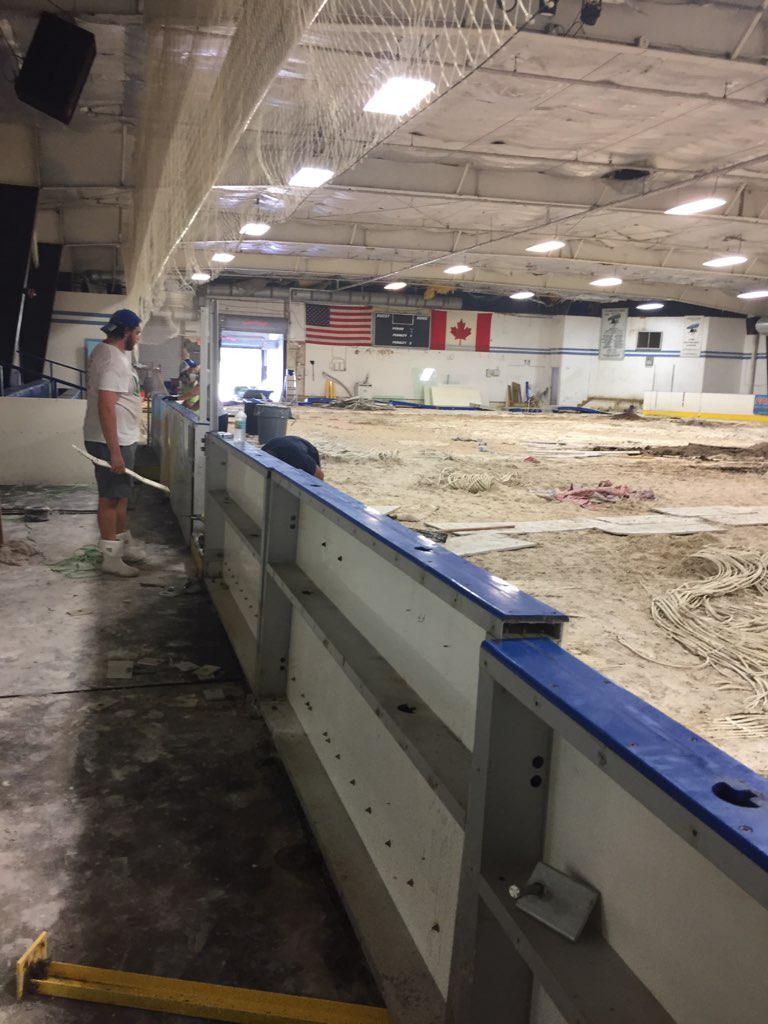 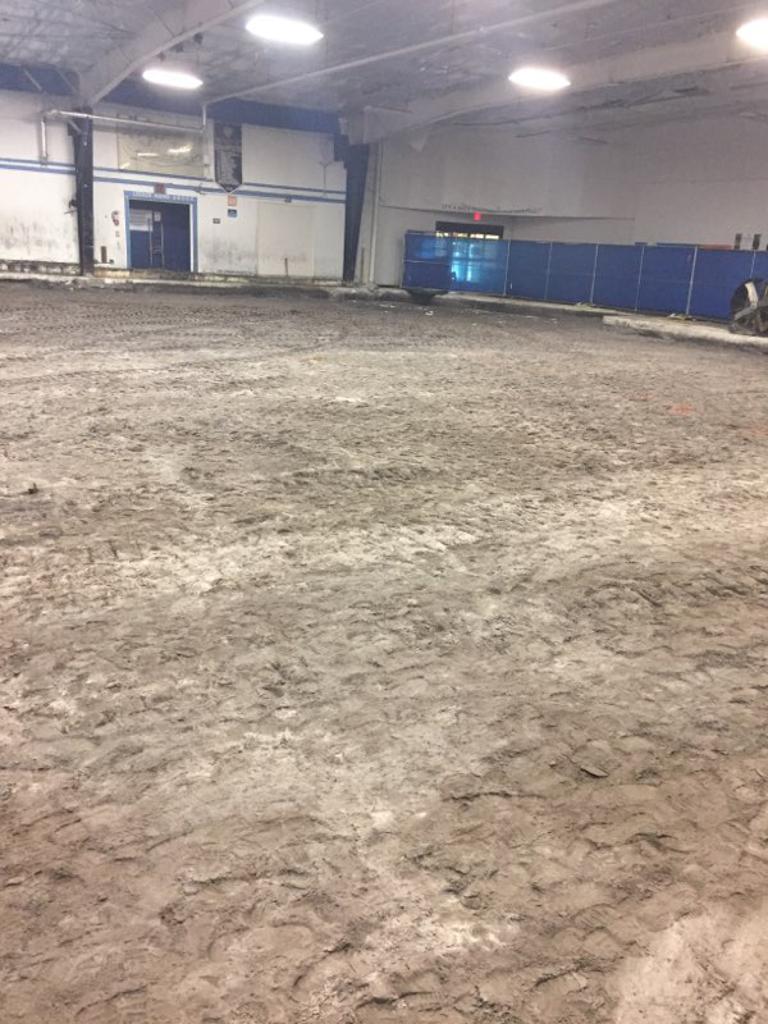 The dividends are set to be a return on investment for not only the rinks, but for the community and all our high school teams and players that will visit in the future. We’re excited to get back to normal business at TBSA Oldsmar and Clearwater Ice Arena, but in the meantime, get the rust off your skates and go visit them for a skate and shoot, pick up games, or even just a public skate. We can’t wait to see the new ice in all their rinks, and wish their projects go smoothly and without delay.