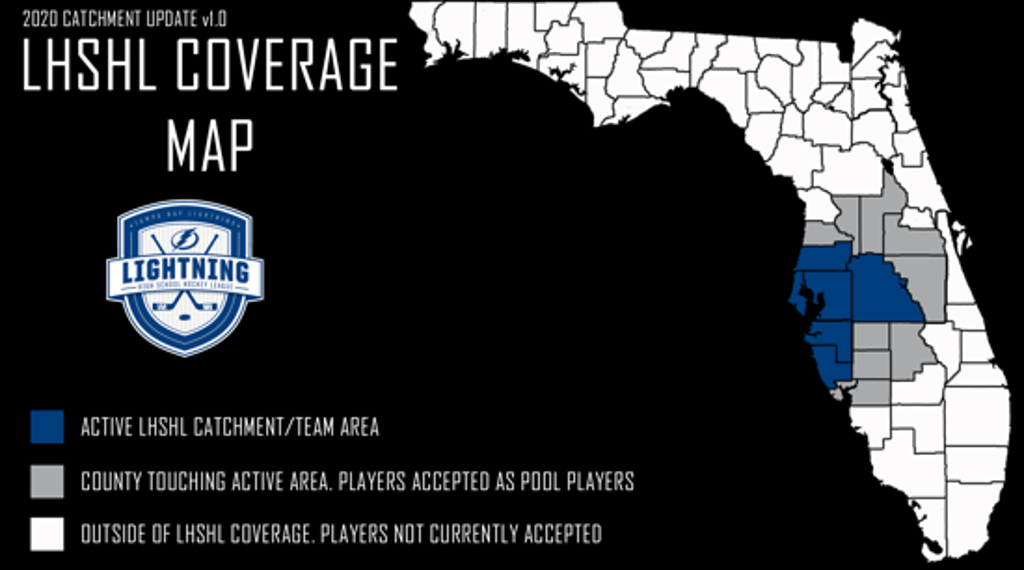 Creating an organized High School Hockey League in a non-traditional hockey market means that although the number of hockey players raises in the area every year, it doesn’t always translate to players attending the same school.  However, high school sports, and more specifically in this case, high school hockey, is very much based on where a player is from, and or where they attend school. The unique distribution of hockey players throughout the greater Tampa Bay region, consistent of areas of both high and low concentrations of players, requires unique methodologies in order to create sustainable, geographically based teams and solutions.

The traditional solution, one that is most common in high school sports, is known as a “pure” team. Also known as a Tier I team. This is simply a team that can field a roster of players who physically attend only one school. More uniquely, and more prevalent within the LHSHL, are “combined” or Tier II teams, or teams that are made up of players from more than one school. Utilizing the registration data available to them, it is the responsibility of the LHSHL Boundary Committee to analyze that data, and put the puzzle together in a way that creates sustainability for players, teams and the entire LHSHL, by creating the official catchments maps. These maps provide a path for players and parents to better understand the specific varsity team they will be assigned to.

In the LHSHL 2020 catchments, 20 catchment areas have been generated, inclusive of 15 Tier II organizations and 5 Tier I organizations; Jesuit, Berkeley, Newsome, East Lake, and Land O’ Lakes. If you refer to the official catchment maps you will take note that in our 6 counties with official maps, only 18 varsity teams have boundaries and the reason for this is while Newsome and Land O’ Lakes are public schools, the other two Tier I organizations are private and do not have geography designated by the school districts in which they are required to pull their students from. SAHOF has generated standards to ensure no team or student violates these anomalies by not allowing students who billet to participate in high school hockey. Every player in the Lightning High School Hockey League is a high school athlete living within either the 6 counties we operate out of, or a player that lives within a county bordering Pasco, Pinellas, Polk, Hillsborough, Manatee, or Sarasota county. The Boundary Committee consists of Committee Chairman Dan Bubley, who also serves on the LHSHL Board of Directors and is also the Head Coach of the Steinbrenner Warriors, Lightning employee and Advisory Committee member Mike Ross, as well as retired Palm Harbor coach/parent Mike Celona.

Over the last few months, this group has been at work analyzing the hard data, to ensure sustainability of each and every catchment area. Additionally, the importance of ensuring all LHSHL remain eligible to advance to both the State and National tournaments was at the front of the list. In order to do that, catchment areas needed to be formulated in such a way that they would be able to self-sustain, and would not need the assistance of any pool players to survive. 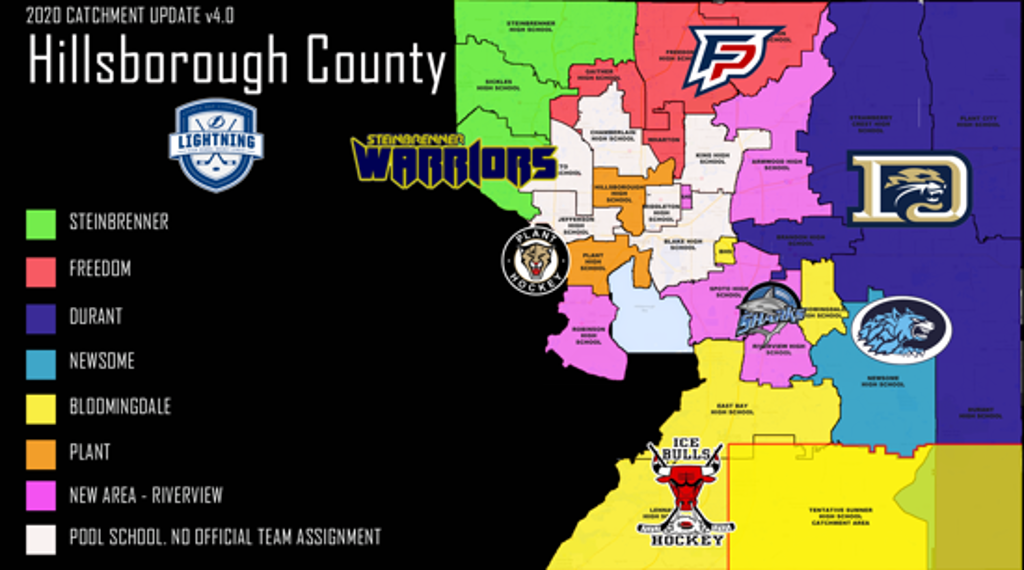 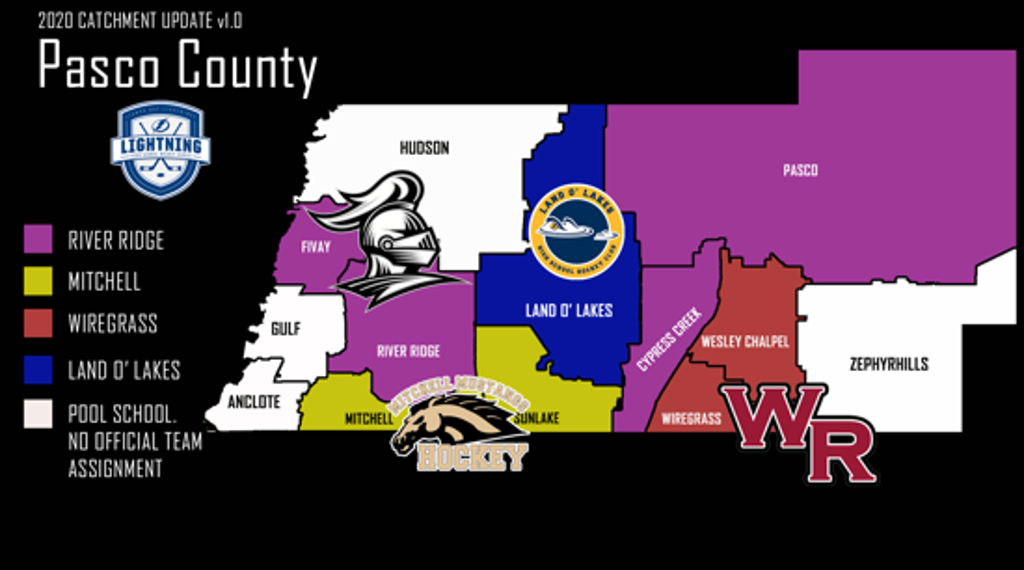 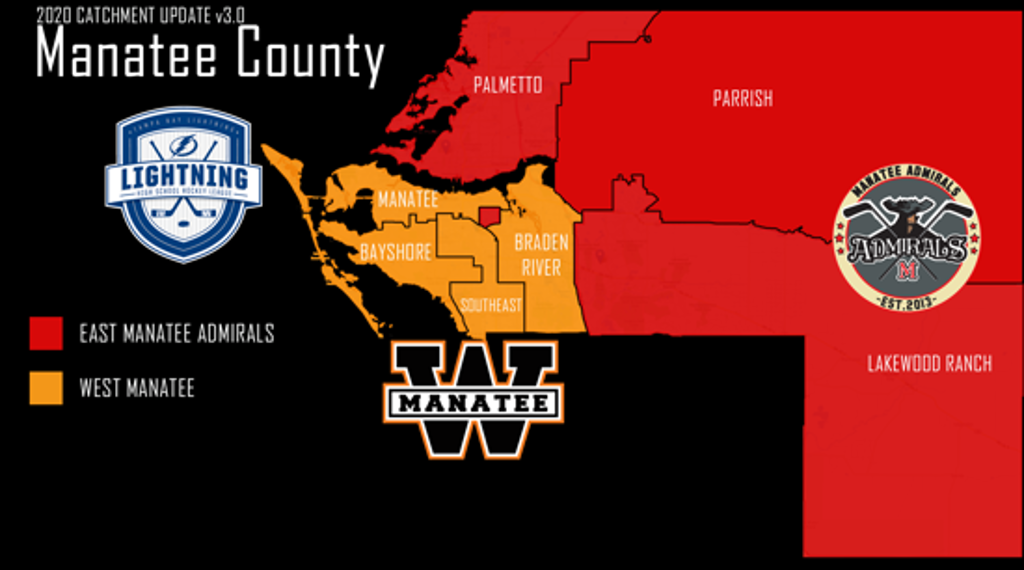 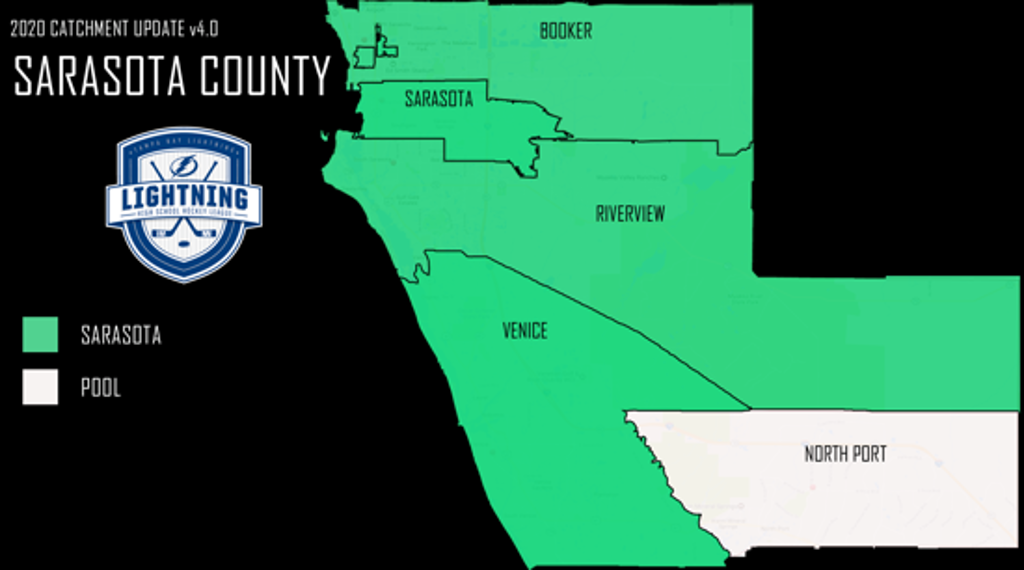 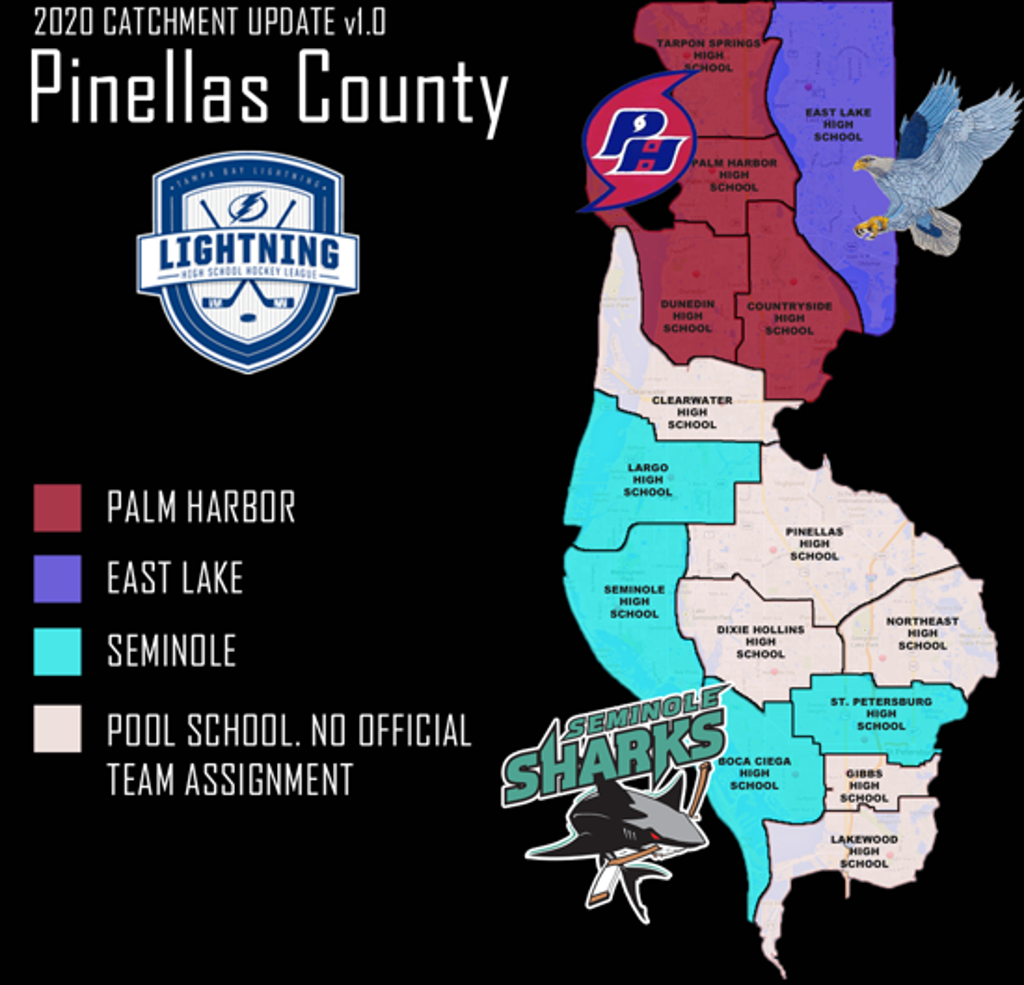 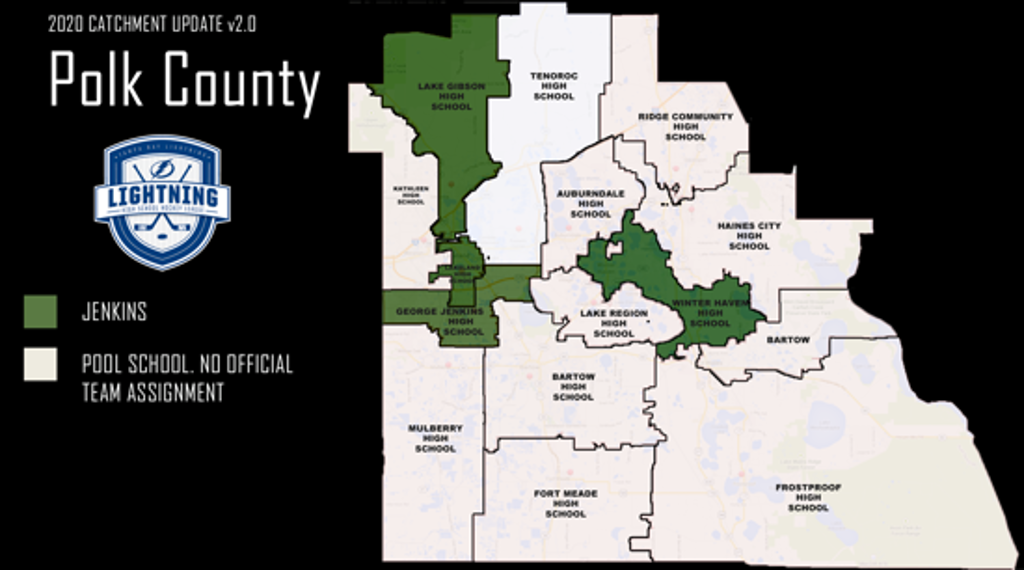 The following adjustments were made to catchments from last season:

River Ridge gained Cypress Creek and Pasco High as a contributing school to their catchment to ensure sustainable numbers for their organization, and lost  Fivay and Hudson.

Wiregrass lost Cypress Creek as a contributing school to their catchment and is now consistent of only Wiregrass High and Wesley Chapel High.

Plant lost Robinson High as a contributing school to their catchment and is now consistent of only Plant and Hillsborough High.

What this means for the future

With data from our current database, the sustainability of 20 varsity organizations, inclusive of the new catchment Riverview, and reactivation of the Sarasota catchment has been deemed suitable for the next 3 seasons. It is the mission of the Lightning High School Hockey League to grow the number of players in high school hockey throughout our region, while growing the number of sustainable teams across Central Florida.