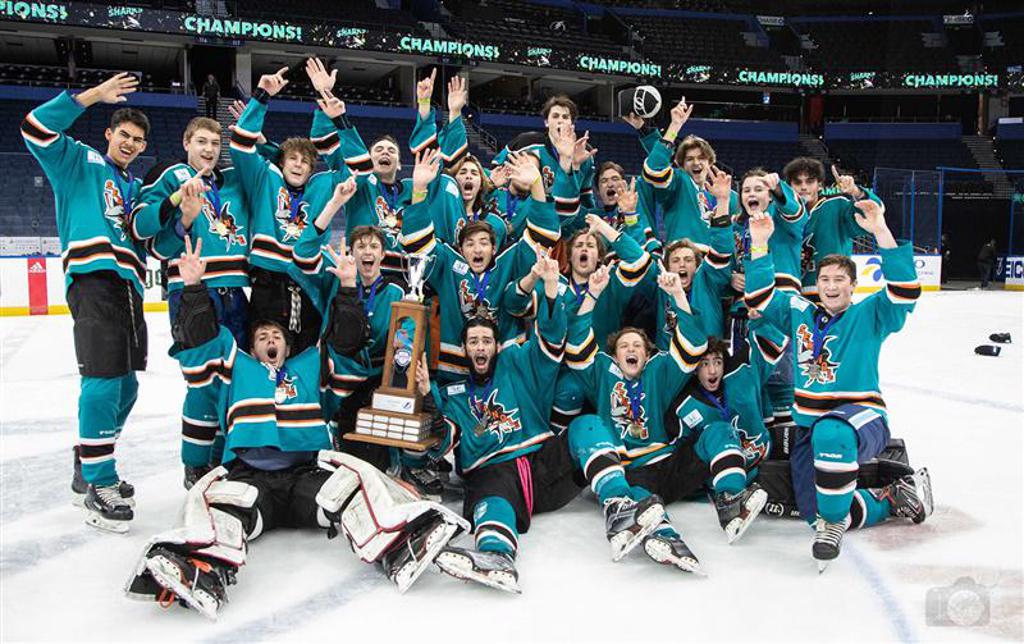 Although the usual post-playoffs traditions and festivities were cancelled due to our least favorite invisible villain, and this quarantine has lasted a few years making the high school hockey season seem like it happened a lifetime ago, it was only two months ago that we were celebrating Hockey Day in Tampa Bay 2020 and finishing the day off with the Seminole Sharks defeating the George Jenkins Eagles at Amalie Arena to claim the Lightning Cup. The Sharks managed to finish their regular season and post season with a combined record of 24-1. This season was no come back story, there was no underdog pulling a miracle, this was the Seminole Sharks showing they meant business from day zero, and let’s be honest, it was a good time watching them bully their way through the league. I’ve ran through the numbers a few times now, and I’ve broken down their juggernaut status into four pillars of success. 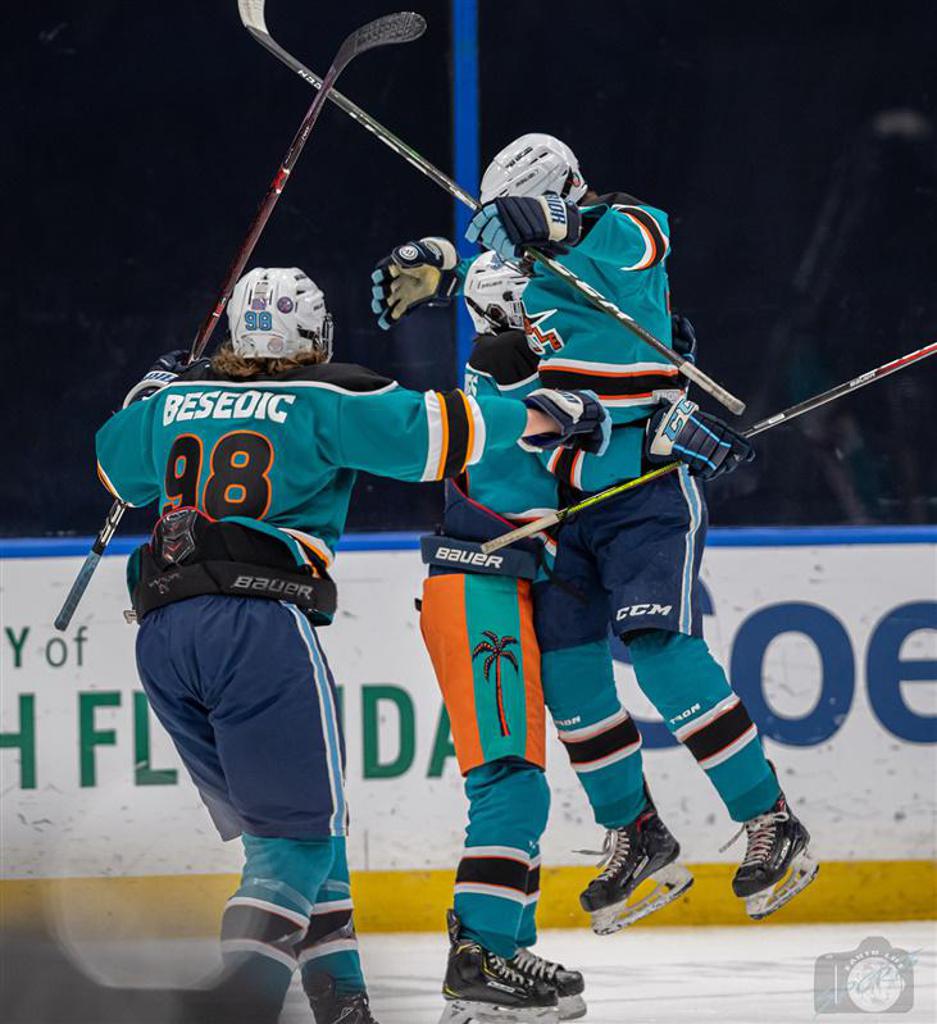 Seminole outscored their regular season opponents by a total margin of 127 to 47. Now while we’ve seen many teams with +50 goal differentials in the LHSHL before, what stands out to me is that Seminole scored a grand total of 44 goals in the first period, 42 goals in the second period, and 41 goals in the third period. This means two things. Firstly, the more obvious picture in that Seminole was not a team familiar with slow starts. As far as teams that sit on the bubble of qualifying for playoffs in the LHSHL go, it’s often easy to see who stands a chance and who doesn’t by how their first period of play normally goes. There were several teams that qualified for playoffs this year that saw themselves fall behind in games early, yet still earn points through clawing their way back. Seminole decided this was a “best not get there” type of situation and found importance in attacking early and doing their best to take their opposing team off their game. The second side of this statistic is that even though Seminole usually established major leads by the halfway point of their games, they never let their foot off the gas and thus never allowed breathing room for opposing squads. 7 games this year, or 33% of regular season victories for Seminole, found them in a run clock game. What this means is that the goal scoring in the second and third period still being at 40+ through 22 games while having shortened playing time via run-clock conditions demonstrates consistently applied pressure no matter the time on the clock, and who is getting ice time at what point in the game.

David Stenzel and back-up goaltender William Bellin got the job done. I know that’s an incredibly shallow statement to encompass their entire season in twelve words, but it’s the simplest way to tell the truth of the matter. The Seminole Sharks had one of the top tandems in the league statistically speaking with a combined save percentage of .877, 2.14 GAA, 2 shutouts, and an entire 990 minutes played. It’s a lot easier for your star forwards to shine when they don’t have to worry about what’s happening between the pipes. Even their sole loss on the year when they were missing their top defensemen and most of their top six forwards saw Stenzel register a .919 and a 3.00 GAA. This goal tending held true through playoffs as well with Stenzel recording an impress shutout against East Lake in the Western Conference final and a 2.33 GAA through three games. 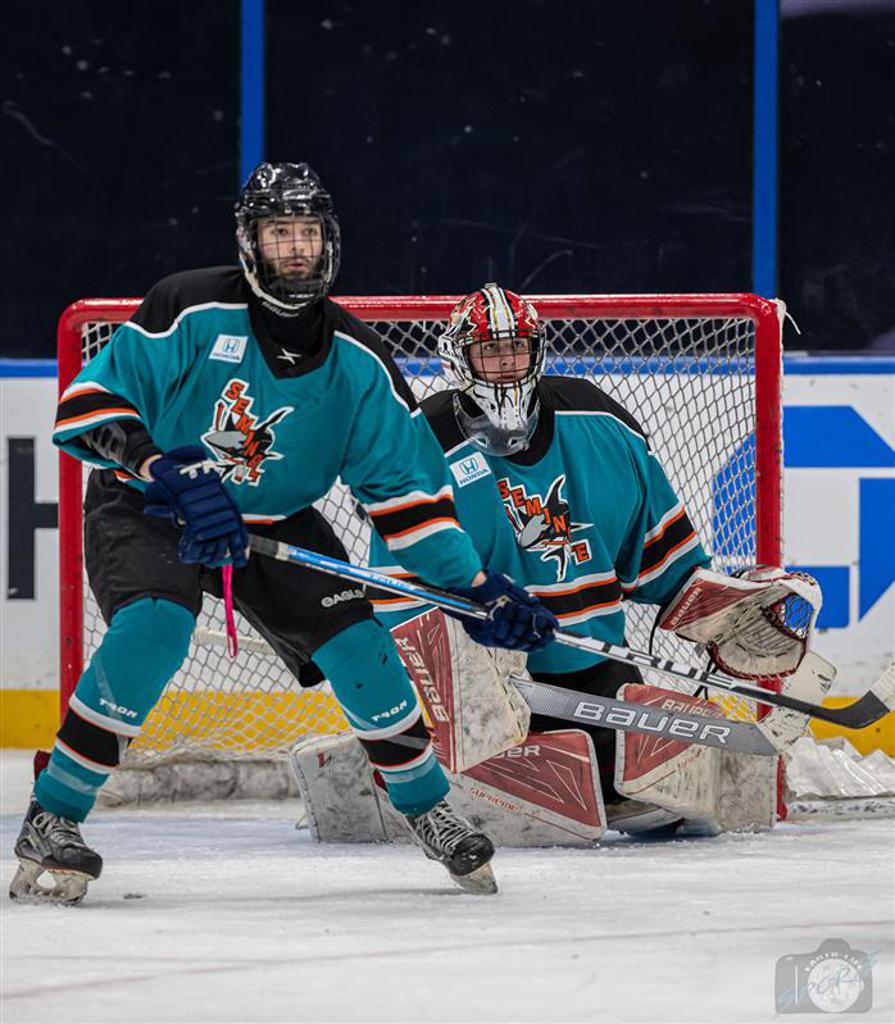 A disciplined team lets the coach do their job

Seminole had a -120 PIM differential through the regular season I know the league well enough to think of a few parents and coaches out there wishing that was a statistic for their team. Physical day before the season had a conference room full of Seminole players listening to a Check Yourself presentation, and although I’m not too sure what was said in that meeting, it resulted in quite a few powerplay opportunities, and luckily a limited amount of time on the penalty kill. Seminole was +10 in special teams scoring versus their opponents this year, and that’s ten extra goals Head Coach Stephen Nickel was more than happy to send out powerplay units for. 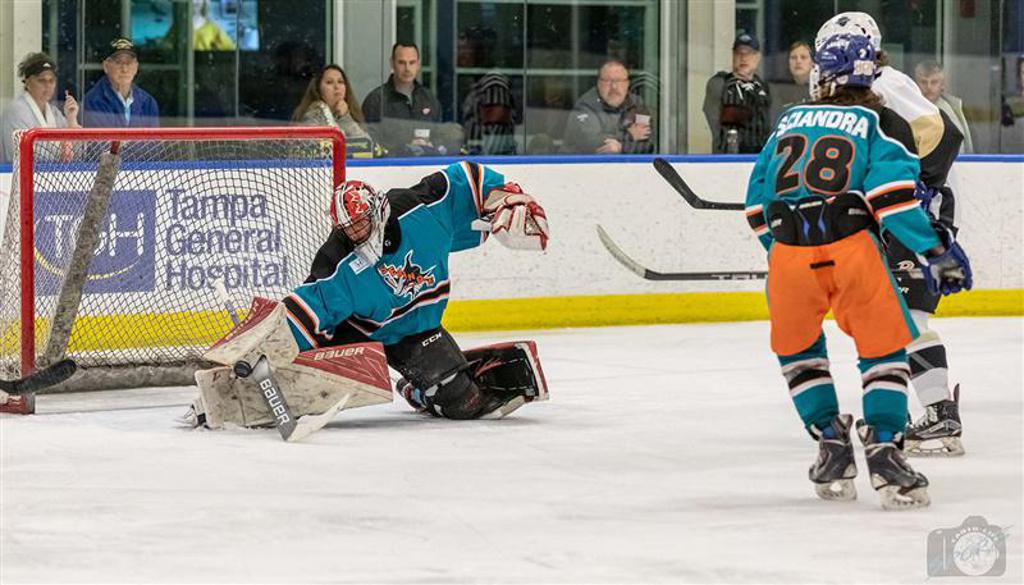 A hockey first mentality seemed to be a major key to success for Seminole as when egos and negativity were left outside rink, the Seminole coaching staff could match lines and push ice time for players when the team needed it most.

The flashy stick handling and passing from Cabral-Downes, the big man plays from Ronan Keenan, the always uplifting banter from Jacob Sciandra and the Tik Toks from Jaxson Anderson all played a role in keeping the success of the Seminole Sharks flowing. When you’re laughing on the bench after a big goal or hit and having fun in the locker room after a win against a divisional rival, it’s so much easier to look forward to skating drills in practice and come together in the waning minutes of a close third period. When you face other teams that have less chemistry and less confidence, you go from beating them in their heads to beating them on the scoresheet. Seminole spent the season rocking other teams, but they did so while having fun and knowing when the time to make a highlight is, and when the time to turn off the smile and pull yourself up by the bootstraps is. 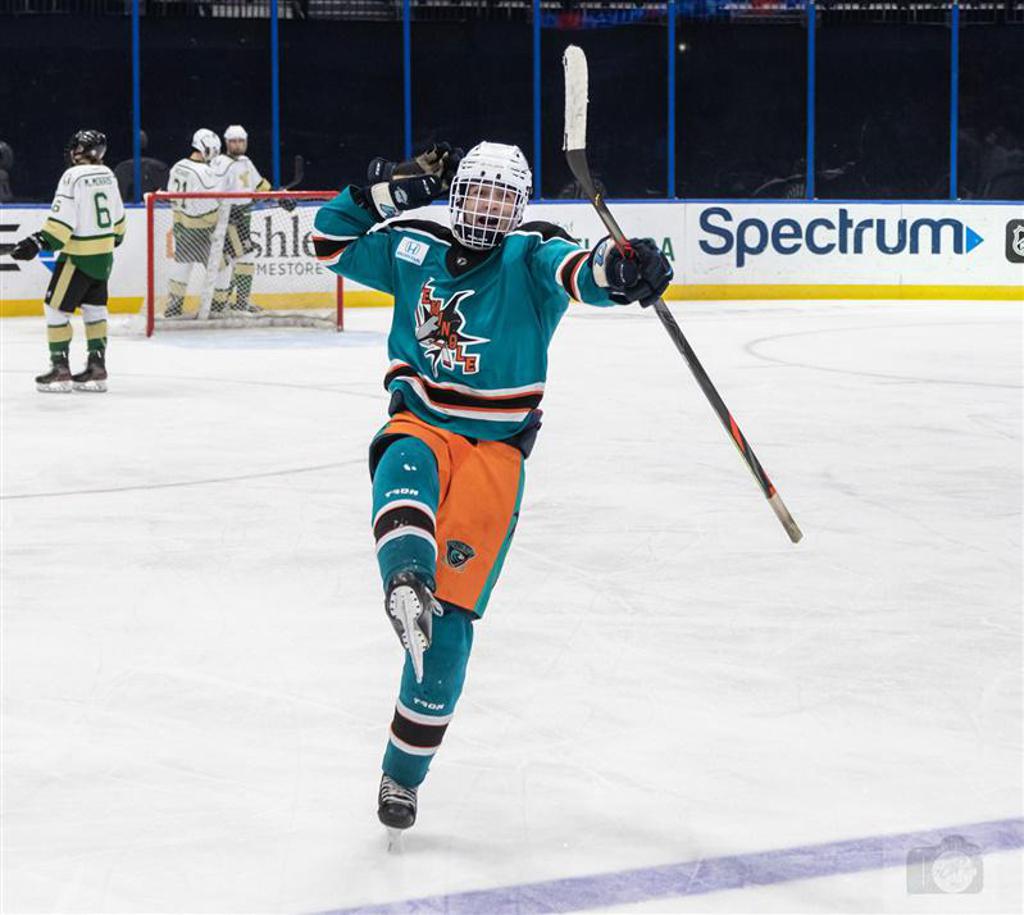