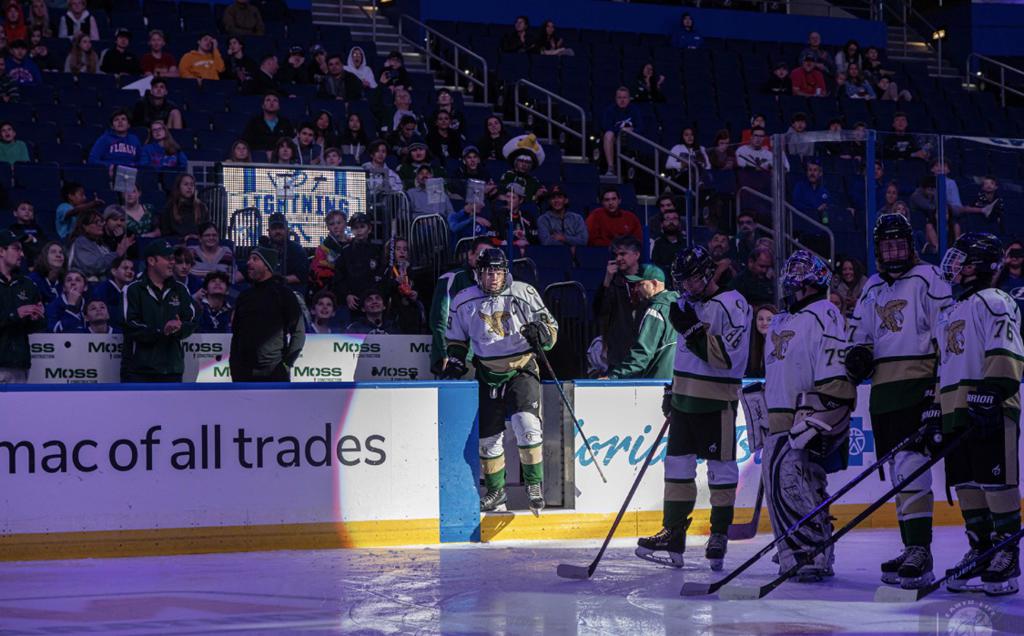 For this week’s senior spotlight, we have George Jenkins senior defensemen Shelby Burnett. I’m going to plant my feet in the ground and say that Shelby has had a roller coaster of a 4-year experience in the Lightning High School Hockey League. A true worst to first story. In the 2018-19 campaign, Shelby’s junior year, the George Jenkins Eagles won one game, tied one game, and lost twenty. “It was tough. At times, some of us in the locker room were wondering if we should even return for the next season. But deep down, Not coming back was never an option. This team is family. Full credit to Joe Niemas from that. He brought me into the GJ program and built me up day by day to the person I am today. I broke my leg freshman year and it put me out most of my freshman season and he helped me regain my confidence and grow my skills since my break.”

Something I always love to see is our 4-year seniors and hear about their experiences. Echoing something said above, Shelby had some lows throughout his LHSHL career but ended on the highest of highs. “Hands down, one of the best moments ever for me was the Lakeland Ice Arena opening. Until the rink was built, all of us had to drive an hour if we wanted to skate or play hockey. I even lent a hand and helped in the building process. Opening night at the rink vs. Freedom was a game and moment that I’ll never forget. It was a community coming together. There was like 300 people there that night. We had media there. We even had a ceremonial puck drop with league president, Jay feaster. The whole experience on top of it being my senior year, I couldn’t have asked for a better senior year. Obviously, we would have rather won Lightning Cup this year but just to be there and to be able to play on the ice at Amalie Arena was an honor.

Shelby was born in Lakeland. He lives in Lakeland and has plans to stay in Polk County after high school. “My plan for next year is to stay local and head to Polk State so I can enroll in their EMS program. I’ve wanted to be a first responder for quite a while but as you can see now more than ever, the world needs it’s medical services.” 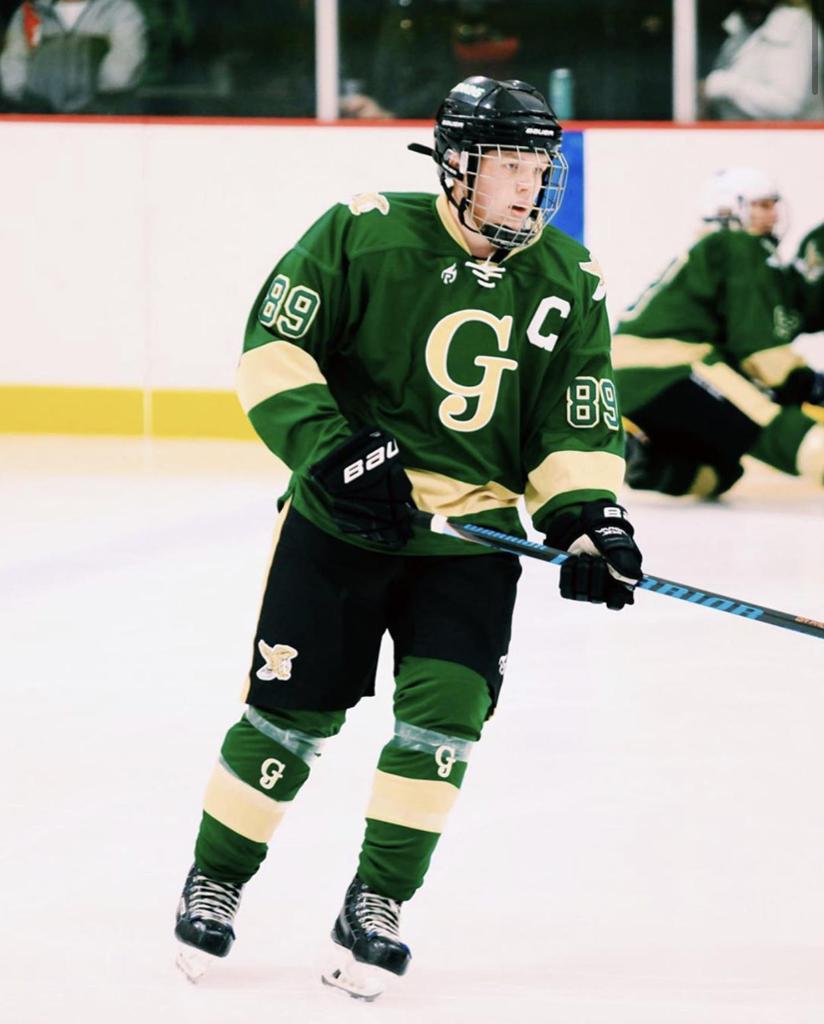 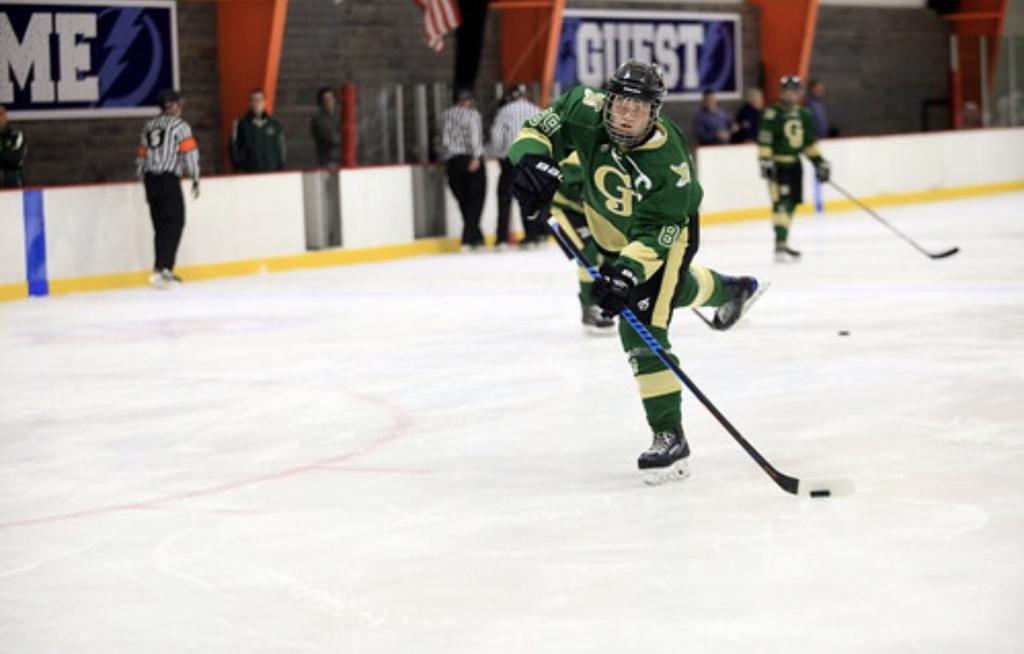 Never in my wildest dreams did I think I would work in the question, “So how are you passing the time during quarantine.”, but here we are. A side note in honor of Shelby’s future career as a first responder and health worker, Hillsborough County just issued update #56 relating to COVID-19 and that we should all be in masks if we choose to go out in public. Here’s a video on how to make one if you don’t have one.

“Just like everyone else, I’m doing online school and cleaning up the house or tinkering with anything on my car to pass the time during our stay-at-home orders. My entire family has always had a knack for cars. My brother and I have always talked about getting a project car and fixing it up, so it was known around town and my brother is a huge source of inspiration for me. It’s been a great way to bond. When we’re not quarantining, my friends and I like to travel. Just drive down roads we haven’t gone down yet and go for an adventure.”

Being on a team is easily the best experience a young person can have, and on top of that, nothing is better than having the respect of your teammates and coaches. I leave you with some kind words from Joe Niemas, about Shelby. “Shelby is the epitome of hard work pays off.  Shelby showed up as a Freshman at our first day of Spring Training Camp and didn't want to continue the next day.  Mom and Dad said that if he didn't want to continue, he would have to tell me himself.  After a quick conversation at George Jenkins High School he decided to do one more day of training camp and decided to stay on the team.  His freshman season was off to a fast start and it all came to an end with a season ending broken leg.  Right before his injury I told his parents that he would be a captain of this team one day.  After battling back from the injury and going through a position change Shelby was selected as Captain his senior year.  Although it may not show up on the stat sheet, he was instrumental in our teams’ success this season.  Our motto as a team has always been "Hardest Working One Wins” He has been the hardest working player for four years.”

Shelby graduates soon and although he may have seen his last shift wearing the green and gold for George Jenkins, I'm sure we at the LHSHL agree with Joe Niemas in saying we appreciate the contribution Shelby has had to the George Jenkins Hockey team during their historical season and throughout his career. Best of luck, Shelby. 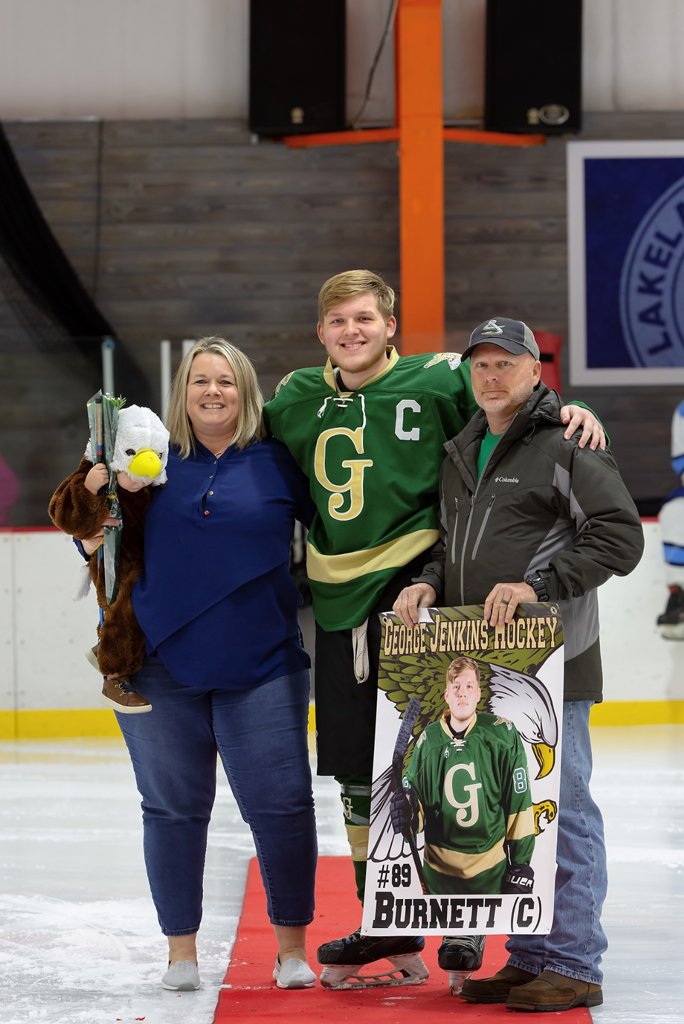