This week we have a newcomer to the league and River Ridge Knight senior, Bradley Burdick. So far this season, Bradley and the Knights are 1-3-1. Sitting 4 points out of first place in the division. This week’s subject has seven points on the season with four goals and three assists and averaging 1.75 points per game. 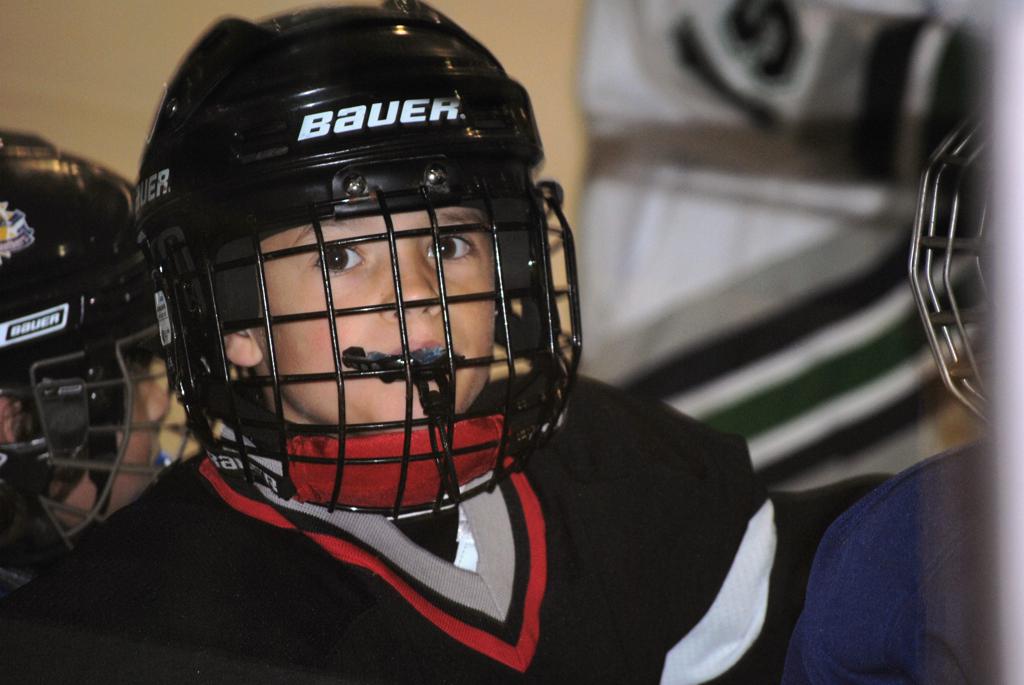 “I was born in Annapolis, Maryland and we moved from Annapolis, Maryland down here to the Brandon area when I was about two or three and when I was three I started to learn how to skate because of my dad, he was never allowed to play hockey as a kid so he picked it up as an adult in an adult league at Brandon. So, I was always at the rink and when I was three, I started to take skating lessons and by the time I think I was six I was playing in the house league, the rec league there and then I started playing travel.

Then when I was I think twelve or thirteen I played for the AAA Alliance team and we always had a tournament up in like Michigan or Toronto or you know, wherever up there and so my sister played at the time so my parents decided to move us up to either like Minnesota or Michigan or somewhere so we moved up to Michigan for a change

change I guess to play some more hockey and now we’re back down here I guess. It’s my last year in school and my sister, she’s a sophomore now and my little-little sister she doesn’t play hockey but she’s a 7th grader now so we’ve moved back down for another chance. It’s the senior year so the classes seem a lot easier. I take some online classes like the Florida Virtual School thing that’s really nice we didn’t really have that in Michigan and I wish we did because that would have been nice.” 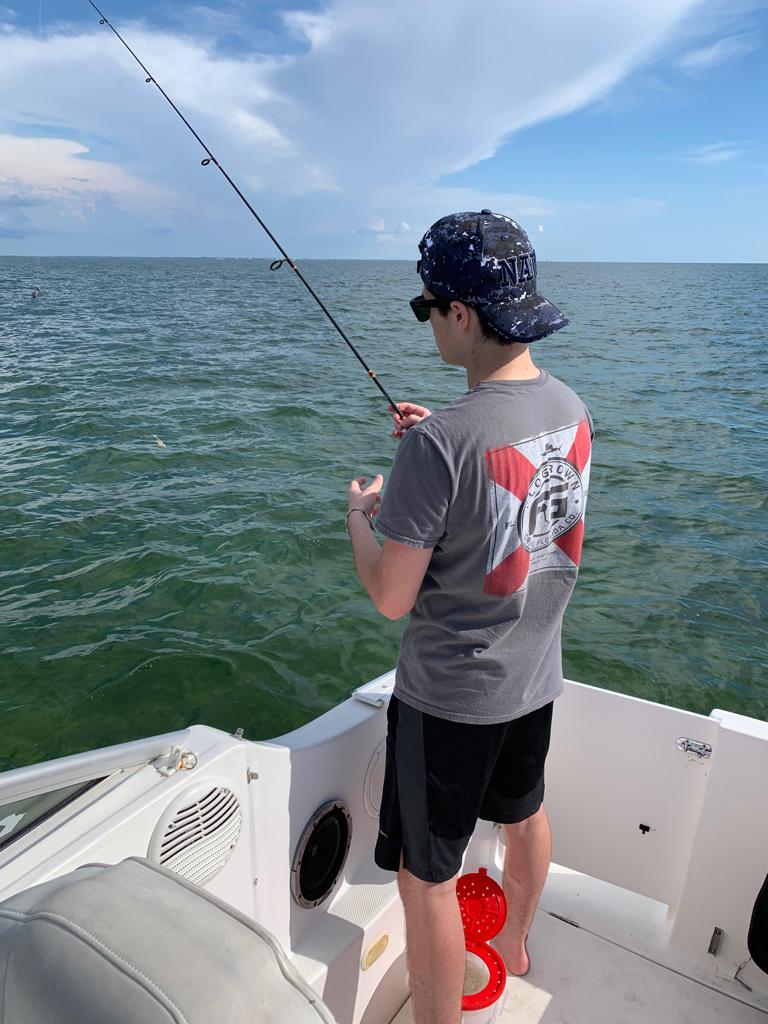 For those of you who don’t know Bradley or follow River Ridge, he isn’t the only player on the roster with the last name “Burdick”. His sister, Mallory, plays on the team as well. “We have a different mindset when it comes to hockey. I’m the slower-paced, slow the game down, make good passes, kind of quarterback the play kind of thing. She’s the if the puck is in the corner, I’m going to go get that puck and I’m going to like I’m getting the puck no matter what Like that’s her mindset. So, she’s always been the forward like winger, center, or whatever like I’m going to go forecheck the puck and get it and I’m going to go put it in the net. Me, I’m the more defensive-minded kind of person so in the High school league we wanted to play together and so there’s no way she could play defense, so I was going to be forced to move up and play forward with her. [is she your sister out there or is she another teammate?] Definitely my sister. Definitely. Well, it’s both I guess, it’s a mix. Because there are some points in time where she’s my sister and when she scores, I’m more excited for her than I would be anybody else. Then there are other times when she’ll make some stupid mistake and I’ll either yell at her as her older brother and her being my sister or be positive like she’s a normal teammate. So, it depends on the situation, I guess.”

As you’ve learned by now, folks. We care about these kids. I’m more interested in what their plans are for next year and the future more than anything else. Bradley has his head on straight and has charted his course for the Navy (pun intended) 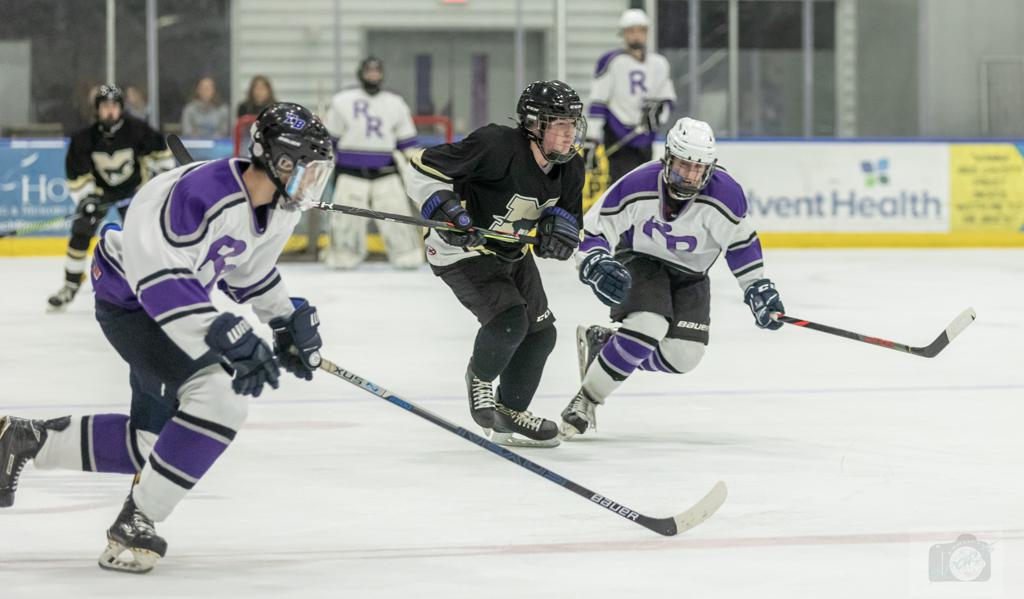 “I don’t think I want to go to college really. It depends on hockey really. I’m playing juniors right now and I might play juniors next year and even the year after that I don't know. But my plan is military for sure. I was born in Annapolis, Maryland where the Naval Academy is so, I’m a huge fan of the Navy. It’s not going to be easy to get there but I’m going to try to become a NAVY Seal. I don’t know if I’m looking forward to any of it. Mine is the, I don’t think it’s on hell week I think it’s on the second or third day where you have to, they put you in an Olympic sized pool and you have to swim all the way down, fifty meters and all the way back underwater, like no breathing. 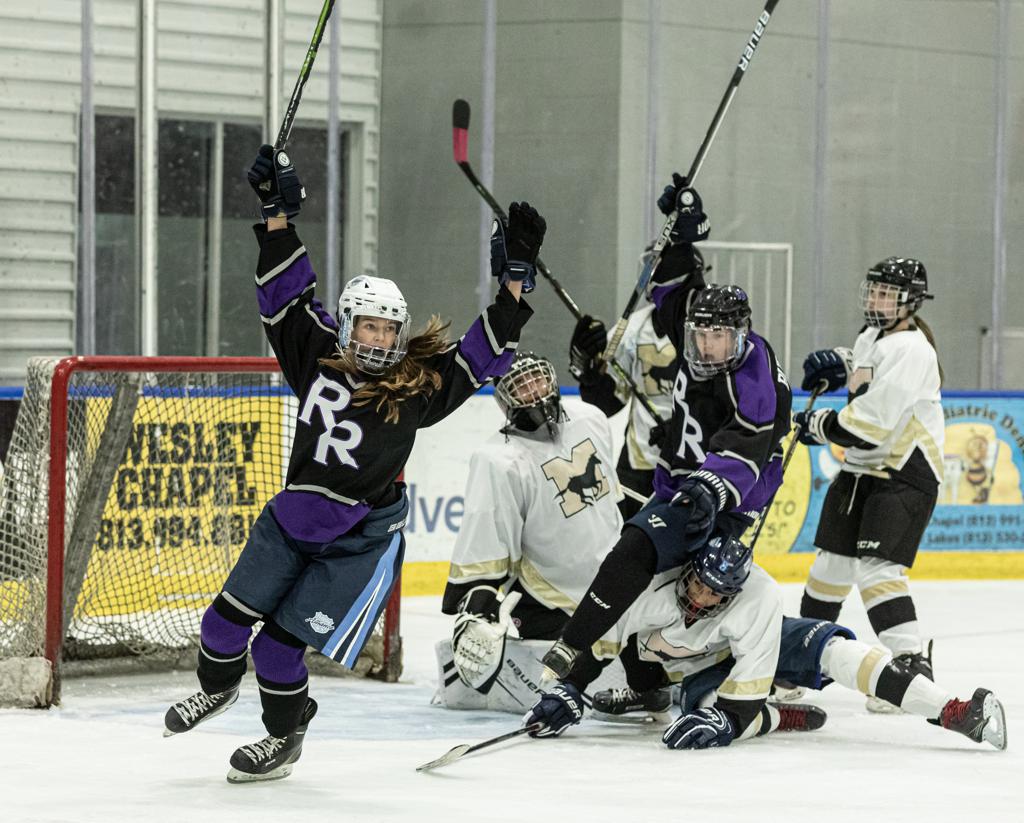 That I have a very difficult time with I’m trying to get better. I can get to like forty meters I can almost get to the end, but I can’t make the turn and come back. That’s like, I’m working on it but that’s the one I’m worried about because you don’t pick your head up out of that water whatsoever. And they have a bunch of instructors in the water once you start to pass out underwater, they’ll grab you and save your life but that’s the one. I’m working on it but yeah, I’m not looking forward to that one. For right now, I’m preparing for all of it. I dive a lot too. I go freediving I just got scuba certified so I do that every once in awhile, in the limited downtime on the weekend, I guess.

I’m building up strength but I’m also working on the endurance part of it. Like your bench max, you work on your bench max to build up your bench max but you also rep below that and your rep as much as you possibly can as many times and you get better at doing reps at lower

weights. So, you get more endurance behind it and you go for a run and you keep going farther and farther so you have more energy. So, it’s not like about strength and being a bodybuilder. They say the fittest guys go to this thing, the strongest guys in the world go through this and they won’t make it because they don’t have the endurance behind that strength and they don’t have the mental toughness as well but it’s more they always say endurance and the mental. Work on those two things and strength will come.”

This was just a flat-out awesome interview. Don’t get me wrong, I love talking sports, especially hockey but learning that someone in this league is ready to go defend this nation is just awesome. For all these interviews/articles, I have a set list of questions that can go in any which direction depending on the answers. Once Bradley mentioned the Navy, I threw everything else out and dove into that!