Owen “Bar Down” Barno. Your 2019 LHSHL Honda Player of the Year. In 22 games last year, Owen contributed 50 goals and 19 assists for the Freedom Patriots. It’s safe to say that this young man went on a tear last year. I had the pleasure of traveling the country with Owen last year for our Elite Development Program. I mean talk about a kid that just does nothing wrong. He is personable, well-mannered, and he’s all about the team. I knew when it came time for Freedom’s Spotlight, it was going to be Owen. 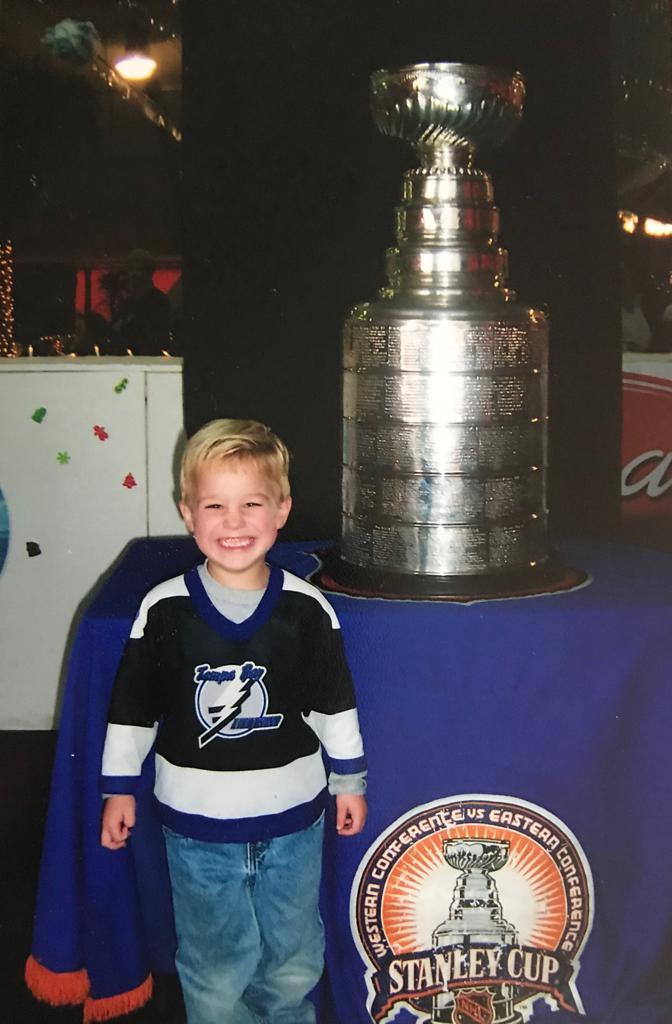 “I was born here. I learned to skate in Brandon. I started skating when I was two and a half, my old neighbor was the coach of Wharton High School and he used to baby sit me when my parents were working and basically one time he took me to the rink, and it worked out because I was already a big fan of the Lightning. My family moved down here because my dad got a job with the Lightning in 2001 working in ticket sales. We all became Lightning fans and my dad has home videos of me when I’m two years old eating orange slices and watching the Lightning play at night, so I’ve always been a lightning fan at heart since I was born. As for right now, I guess you could say I’m kind of the All American All-Academic Poster Boy for High School. I’m all into my academics right now, I’m senior class president at Freedom, I’m also the yearbook editor in chief, and I won the LHSHL Honda Player of the Year award last season as a junior. I guess you can say I’ve done well in academics and as an athlete.”

Going forward I will only be addressing him as “President Barno”. I have no idea who my high school class president was or the process to become class president, so I had to ask. “So last year we had a couple of weeks to campaign and then we voted and apparently, I won by a landslide. I think mainly it’s because I enjoy talking to people and listening to what they have to say. I guess it falls onto leadership abilities and that’s similar to why I’m captain for Freedom for another season. I think leadership is in my blood. Being a class president is very similar to being the captain in hockey or any other leadership position. You’ve got to step up, talk to people all the time sometimes you might have to say things that

people don’t want to necessarily hear, but it’s the truth. Being class president wasn’t about putting something on my applications for college either, it was to fulfill of leaving my mark on my school, and it follows my personal philosophy of any time you do something, you do it to the best of your ability because you never know who’s going to see you and you never know what’s going to happen in life, so always try to do positive things. Those are the main reasons I do it; to complete the leadership aspect of my life and to make a mark while doing it.” 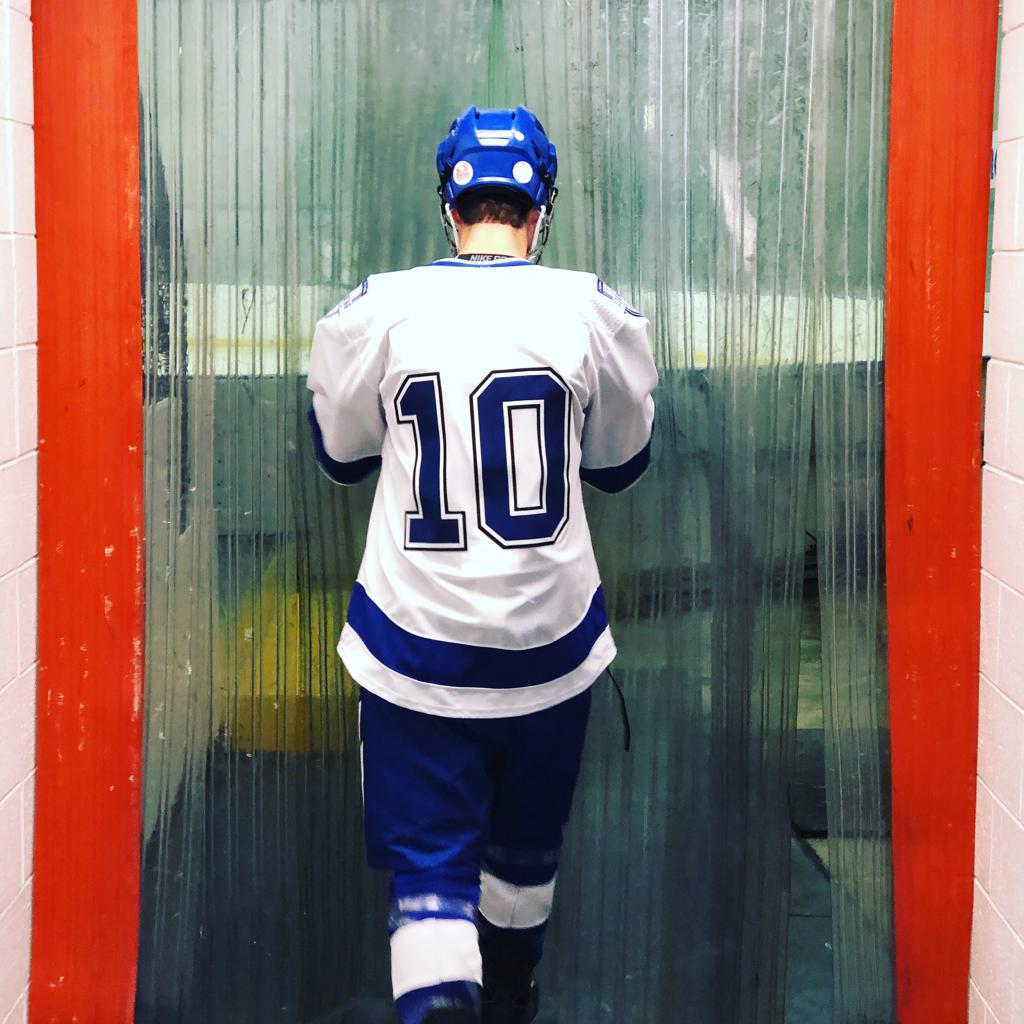 With how involved President Barno is with school and extra-curricular I think it’s safe to say he has intentions of continuing his education. “I’m planning on attending college, so the biggest thing right now is getting those applications sent out. I’m hoping my SAT scores hold up because I’m applying to UF, FSU, Vanderbilt and a couple other out of state schools. I looked at playing college hockey and it might be for me but I’m not sure yet. I’m playing EDP this year so if I go up to a tournament and after a game, I get a call and they say, 'Hey I want you to come to visit' that’s always an option for me. As of right now, I’m planning on attending college next year in the state with the way I’m focusing on my academics. My weighted GPA right now is 5.64. I’m in the top 10% of my class right now and some of my favorite subjects are economics and history. I want to go to college and pursue a business degree or maybe even a degree in law. Again, math and sciences I’m ok at, but they’re not really my thing to a point that I’d make a career out of them.”

So far, we’ve met the president and the student. Now let’s get to know the hockey player and the person away from the ice.

“I love to play hockey. That’s my guilty pleasure, I love to be on the ice. I love to play other sports too- I like to go golfing a lot, I’m on the high school team. I really love football, everything about it. I love to play it, and I’d say that my one regret for high school would be not playing football, obviously because hockey and football are on the same day. On the weekends when I don’t have hockey, just sitting at home all day watching football and chilling out is the greatest thing in the world. Everybody works so hard on the weekdays, so just watching college football on a Saturday, that’s perfect. I’m the oldest child and I live with both my parents. Addison is the youngest, she’s my sister, she’s 13 and she’s in eighth grade. My younger brother Cooper is a sophomore, and he also plays for Freedom. 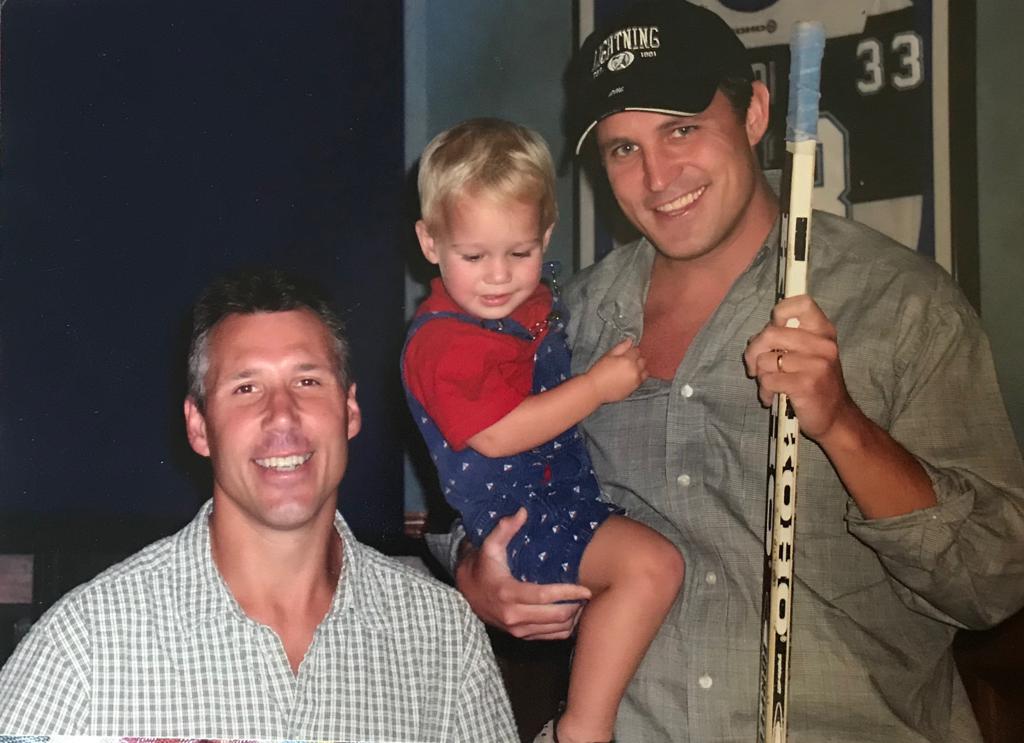 It is a very unique situation playing with my brother. I think we have a different relationship at home than we do on the ice. I think at home I always view him as a brother and someone that’s always with me, but on the ice, he has to be just a teammate. I have to be able to tell him to, “Hey next time pass that puck” or “You need to be able to make that play on your next shift” My role changes as soon as we’re on the ice together and in a way he can kind of tell me what to do because he’s a player too. Playing with him is a lot of fun though because we never really had the chance to play with each other except for one time. Our first time playing together was in mite rec. We played together for one fall season when he was 8 or 9 and then after that, we never played together until his freshman year. It’s kind of cool that we finally got to play together, the fact that my family gets to see both of us play together every Friday night, I think that’s important for them!”

President, Owen Barno is a good hockey player and a great kid. I look forward to seeing what he has in store next as well as the years to come. He is destined for success.