Legends of the League: CJ Jensen

CJ Jensen didn’t take the stereotypical route for a hockey player that ended up playing Canadian Juniors, but we’re talking ice hockey in Florida, and CJ is a prime example on why anything can happen given an opportunity and a desire to be better than the next man in line. 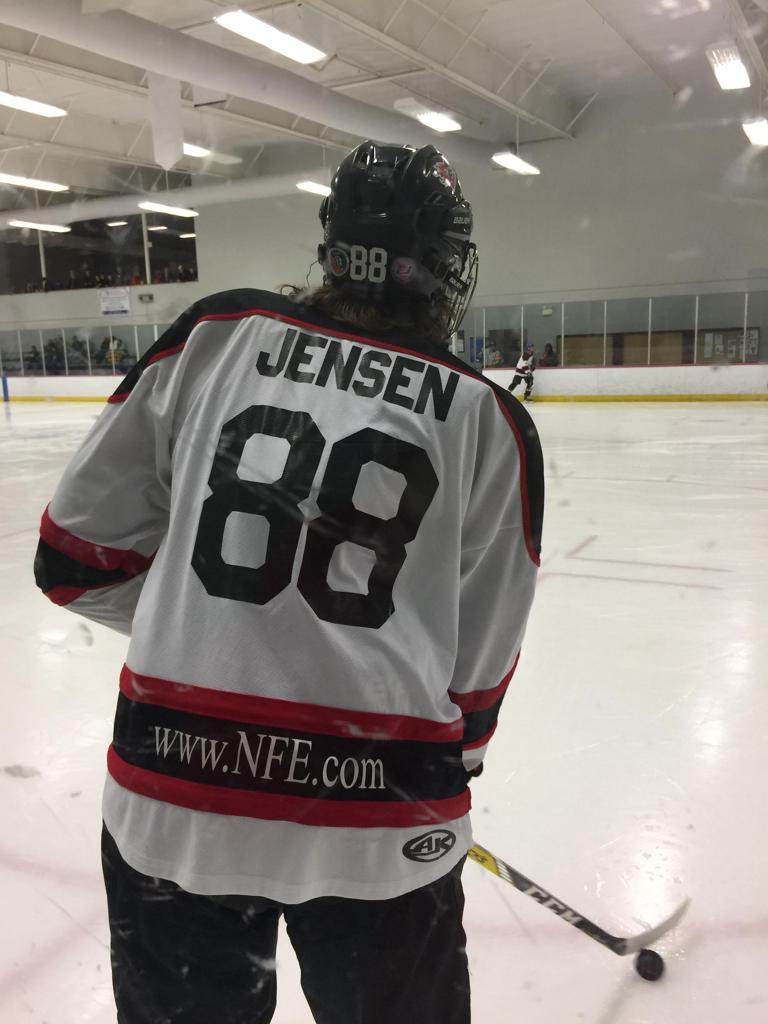 “I didn’t start playing hockey till I was 14. I started at the Brandon Ice Sports Forum getting private lessons from Cindy Sokolis and started my game experience with the in-house rec league before joining the high school league and travel the following season.” Going from not knowing how to skate to making the U16 AA Flames in less than 24 months is no easy task, and his high school coaches took note of his work ethic. He was alternate captain for the Bloomingdale Ice Bulls during his upperclassmen time in the Lightning High School League and a top defenseman in the league his senior year which finished with him being named as a top defenseman to Team Tampa Bay. If that jump wasn’t impressive enough, CJ left home after graduating to play juniors in Ontario for the Niagara Whalers. For a timeline check, he had been skating for less than four years. His competition? Skating since they were four years old. If that’s not a message to every player in the league using “starting late” as an excuse, I’m not sure what is. CJ played a full season up North before returning to play domestically the following season for the St. Louis Junior Blues. His time in St. Louis wasn’t meant to last long as he decided to head home to play for the Tampa Bay Juniors Premier team in the USPHL after being extended an offer that allowed him to be back with his family.

CJ began assisting the Tampa Bay Lightning Elite Development Program near the end of the 2018-2019 season as a practice coach, and I had time to talk to him at the 2019 EDP tryouts on how high school helped prepare him for Juniors level hockey. “Without the LHSHL I wouldn’t have ever had that jump into Juniors. High school is the perfect place to get a taste of what high tempo hockey looks like whenever you face off against a well put together team. It’s also a priceless training ground in that you get to practice the finer aspects of your game against a much wider variety of skill than you would in travel or rec. Juniors hockey is much more physical than high school as you can always expect players to finish hits on every play. 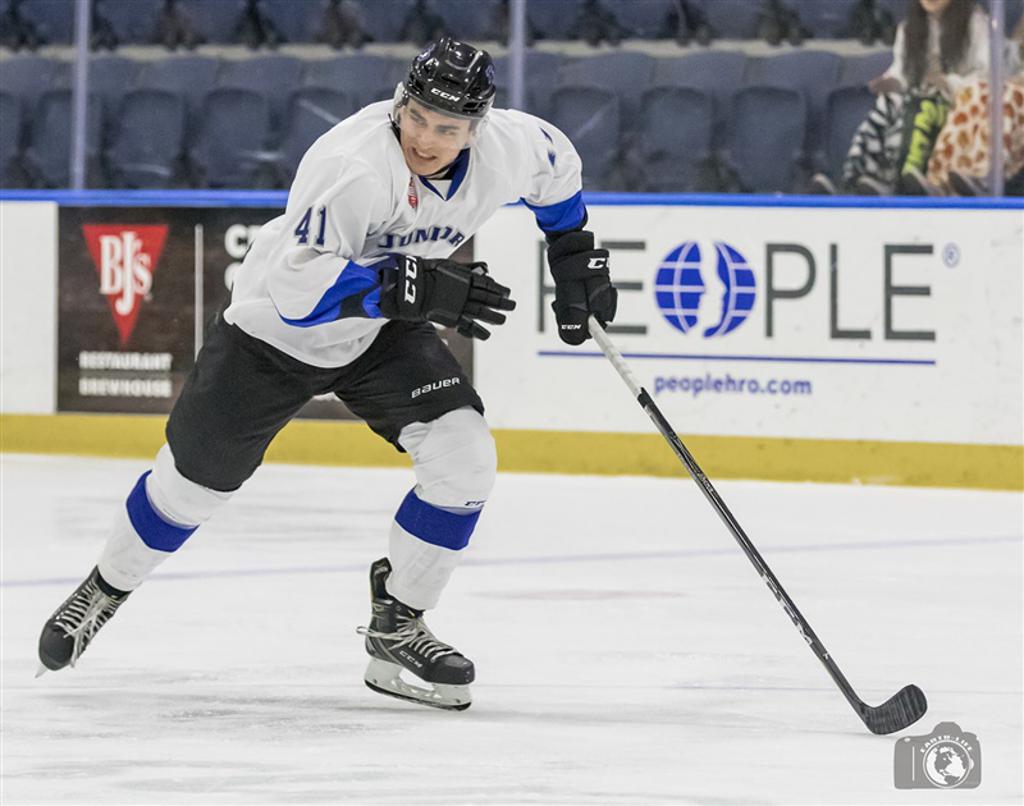 Taking time to reflect on the LHSHL, I asked CJ what advice he’d give kids in high school right now, “From an improvement standpoint, the best advice a coach has ever given to me is to stop thinking and just work harder than the person next to you. From being a former high school player though, I’d like to tell the players to enjoy the small moments because they won’t be there forever. My favorite memory from high school will always be the Newsome vs Bloomingdale Rivalry game my freshman year. There were 200 fans and I scored my first high school goal during that game. I’ll never forget it”

CJ now works for the Tampa Bay Lightning in their Community Hockey Department in growing the sport so that the next player that wants to fall in love with the game can do it that much easier. You can find him at LHSHL games on Friday Night representing the Lightning, on LHSHL Front Office Podcasts, or at EDP Practices being chirped by Tommy G for shooting him with a puck four years ago. 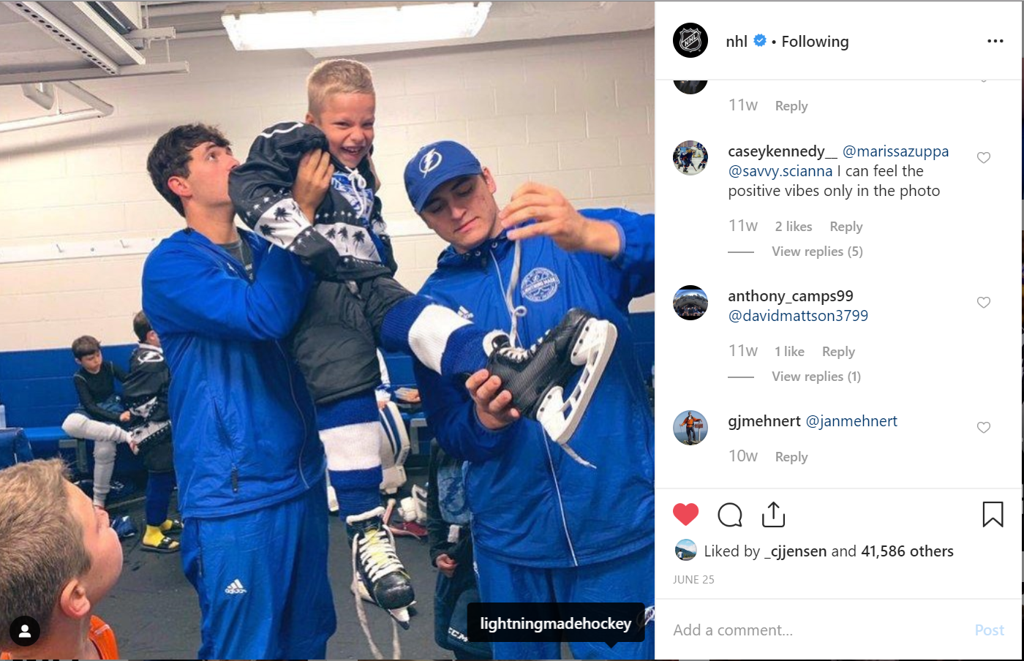 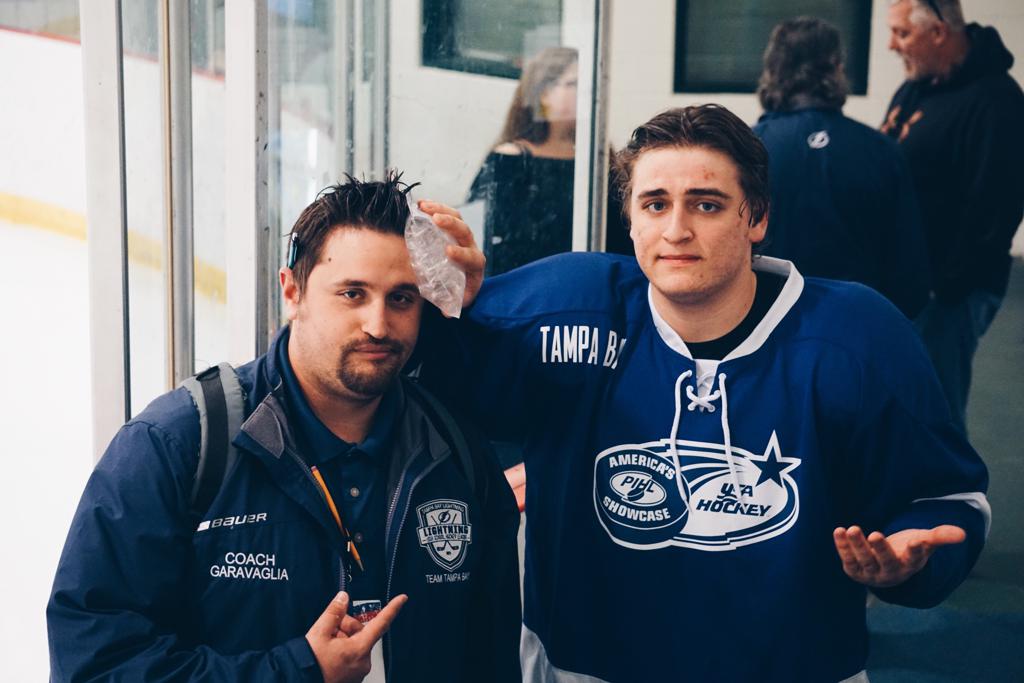